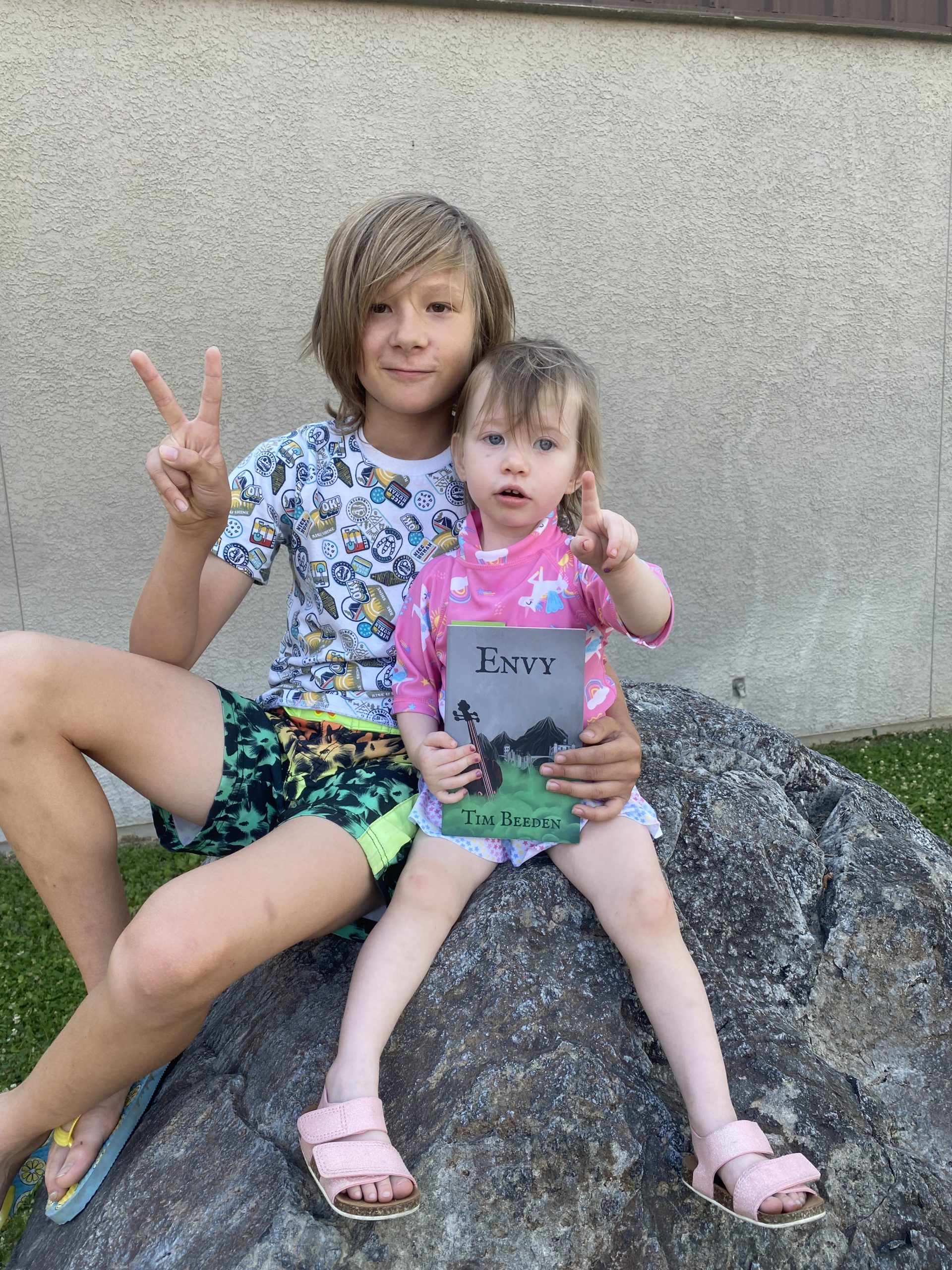 When Charlie Lightfoot plays his fiddle, people listen.
More importantly, they pay.
It could be that music is Charlie’s way out of a tough life on the Backstreets of Calver.
There are, however, plenty of people who are only too happy for Charlie to stay exactly where he is. Not only that, they’ll do whatever they can to keep him there.
But when Charlie decides to take his future in his own hands, he realises just how far-reaching the hands of others can be.
A story about always keeping your eye on someone else’s blessings.
“Envy is a Seven Deadly and Four novel set in and around the notorious city built on a hill – Calver. Once within the city’s great walls you’ll encounter such luminaries as Auntie, Drunk Morgan, Mr. Lunk, Blind Watch ‘em, as well as Charlie Lightfoot and his friends. Just remember to watch your step, keep your wits about you and carry something pointy.”
The Seven Deadly and Four books have been described as “ideal for fans of Douglas Adams and Terry Pratchett.”

A special thank you to Tim Beeden for sending me a review copy and Escapist Book Tours for putting this whole thing together. All thoughts and opinions are honest and my own.

Comparisons to Douglas Adams and/or Terry Pratchett is a sure-fire way to get me to read your book. Very rarely does that comparison actually pay off. Did it here? Let’s discuss.

We follow Charlie Lightfoot as he learns the fiddle, as a means to get out of The Backstreets of Calver. What begins as a simple journey gets more and more complicated as people realize Charlie has talent. Talent they can use.

It’s hard to discuss the story without spoilers, because this book is just full of surprises and twists. But what really sold me is the tone. Tim Beeden never takes things too seriously, but not everything is a joke. It’s a tricky tight-wire act that Beeden balances upon brilliantly. Many times I found myself laughing, gasping and then fighting tears, all within the span of a few pages.

As for the comparisons to Adams and Pratchett, I’d say it’s there, but Beeden has a clear voice and style all his own. His brand of satire and humor fits perfectly in today’s grimdark world. If Legends and Lattes by Travis Baldree is cozy, slice of life fantasy, this is cozy grimdark. If that makes any sense. I’ve been sitting with this for the better part of a week and that’s what I’m going with.

Envy is a whimsical, fun and occasionally very violent tale of a man, his music, his friends and the people who only want to use him. It is a story of discovering who you really are and following your dreams. If you love a little violence and heart with your comedy, a la Guy Ritchie, Quentin Tarantino, Edgar Wright, I have a feeling you’re going to love this book.