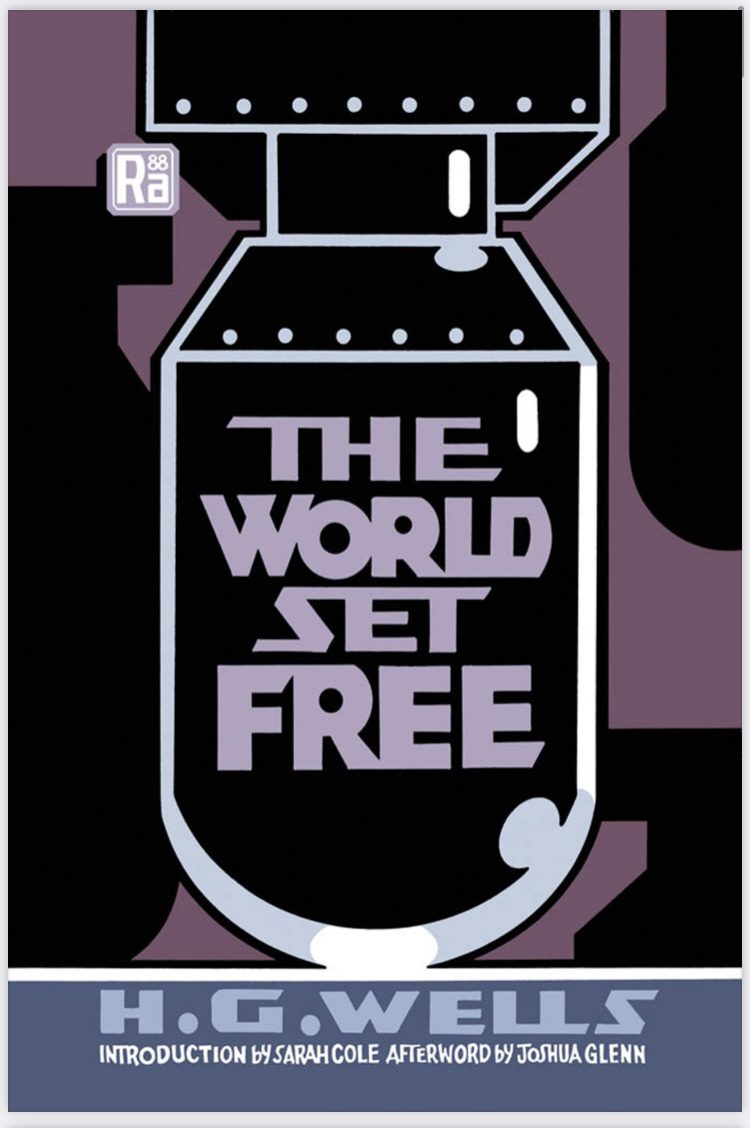 In a novel written on the eve of World War I, HG Wells imagines a war “to end all wars” that begins in an atomic apocalypse but ends in an enlightened utopia.

Wells — the first to imagine a ”uranium-based bomb” — offers a prescient description of atomic warfare that renders cities unlivable for years. Drawing on discoveries by physicists and chemists of the time, Wells foresees both a world powered by clean, plentiful atomic energy — and the destructive force of the neutron chain reaction.

With a cast of characters including Marcus Karenin, the moral centre of the narrative; Firmin, a proto-Brexiteer; and Egbert, the visionary young British monarch, Wells dramatises a world struggling for sanity. Wells’ supposedly happy ending — a planetary government presided over by European men — may not appeal to contemporary readers, but his anguish at the world’s self-destructive tendencies will strike a chord.

Let me start by just coming out and saying it — I’m a big HG Wells fan. So I was really excited to read a Wells book that’s been hidden in the shadow of his more famous works.

The World Set Free is a prophetic depiction of a future society which breaks free from war — a hopeful, philosophical, and idealistic read that’s packed with imagination and ideas. In other words, it’s a classic.

The story was first published in the early 1900s, but this volume is part of a new collection — a new series of books — that were all written in the period of what’s been coined The Radium Age. There was a time when scientific discovery was inspiring creative minds to invent stories of proto-science-fiction, and this book most definitely fits into that category.

There’s a scholarly introduction to the text by Sarah Cole. The analysis of the book is done with a clarity that is both incisive and fair. Sarah praises it for what it does well, and candidly highlights its flaws, but more importantly, gives reasons for why it succeeds or fails. Sarah’s commentary covers a wide breadth of topics raised by the story, and it’s a great way to prepare the reader’s mind for what’s to follow.

The preface is an introduction written by HG Wells in 1921, a few years after the story’s initial publication. In it, he admits that, comparing what he wrote with how events turned out, the book seems like a work of idealism rather than realism. He accepts that there were things he got right, and things he got wrong, and so we go into chapter one with no false expectations.

Then the story begins. If you can call it a story. It’s more of a manifesto than a narrative — a history textbook that tells of the future rather than the past. This is HG Wells at the peak of his powers, writing prophetically with imagination and flair.

Sadly, the book lacks a main character to centre the plot around. Instead, it takes a broader approach to the story, and it ups the scale to a global level. Each part introduces us to various players along the way, some of whom are stronger than others. But, as the title alludes to, this is the world set free, and the story is very much centred on the world rather than the people in it. Its scope renders it with a speculative, political, and journalistic edge which some may find difficult to connect with, but, personally, I quite enjoyed.

In terms of language, it’s beautiful to read. Wells possesses a gift for turn of phrase which he employs artfully here. The pictures he paints of the destructive power of an atomic bomb (which he imagined many years before they were invented) are vivid and visceral.

But, even with all the ingenuity and artistry on display here, the thing I enjoyed most about the story is its hopefulness. This is a book about humanity’s rise from the catastrophe of warfare, and there’s a real sense of expectation about the story that things may yet improve if only people would abandon the contrivances that divide us. There’s an enthusiasm about unification that gives an excitement to even the most clinical sections. Wells’ belief is truly palpable.

An intriguing afterword by Joshua Glenn pinpoints the role of games in the way the world develops, and how Wells played with this idea.

Overall, the book lives up to its status as a classic. It has its weaknesses, but fans of HG Wells won’t be disappointed. While it may not match the greatness of his other works, it’s a noble book with big aspirations, and a testament to ‘the radium age.’ Come for the atomic bomb prophecy, stay for the politics of a utopian dream. This is a book that might not have set the world free, but it’ll definitely liberate your imagination for a while, and for that, it’s most certainly worth exploring.