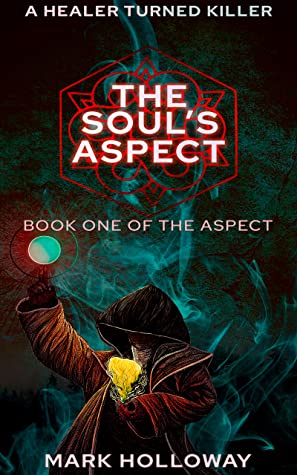 A healer forced to become a killer for an empire that would grind his country to dust.

Kehlem, the sickly son of a widowed physician, has devoted his life to learning his father’s craft. Wanting to finally step out of his father’s shadow, he embarks on a project of his own, seeking out the help of Themia, the town’s newly arrived Alchemist and a rare wielder of magic.

But Themia has secrets of her own, secrets carried from the heart of the empire itself, secrets that would steal Kehlem away from his home and into the empire’s Academy for magic users.

The Isale Academy beckons, but can Kehlem survive the academy and its brutal regime? And if so, what would he have to become?

This book was one that I have had on my radar for a while, but despite that I still went into this fairly blind. It’s a great start to what looks to be a really great new fantasy series. We follow Kelhem; a teenager from a small village who lives with his father who is the town healer. Kelhem lives with a serious medical condition and is training with his father to be a healer too, and is almost at the point of finishing his training. The story really takes off when Kelhem discovers things about his life are more than what they seem.

This book is a somewhat coming-of-age story, but a more adult version of one. Even though Kelhem is a teenager I didn’t get the intense teenage vibe from the story that I sometimes get with these types of beginnings. There is bit of romance, a whole lot of self-discovery, a magical school, and the friendship groups, but none of it feels tired or overdone. To me it all rang true to the characters and the world the author creates felt very real. The tropes are definitely there, but again they don’t feel overdone at all. I could see certain inspirations the author has drawn from and appreciated how they added a layer of heart-warming fondness for the story (The Name of the Wind was one I kept getting vibes from). It all just works really well.

The characters in this story were what really struck me from the get go. I was instantly drawn to Kehlem as a protagonist and I really enjoyed following him through this story. The character interactions were always fun and engaging, and all the characters are written with their own distinct voice that makes them all stand out as individuals.

The magic system and world building are both very interesting. The concept of ‘the aspect’ was one I loved straight away. We learn about it alongside Kelhem and it’s well thought out and has so much potential. The world building expands a lot in the final act of the story when things get increasingly darker, and I am looking forward to seeing where things go.

The story is split into three parts. The first part is set in Kelhem’s home village. I liked this setting and how it helped us get to know Kehlem as a character. His relationship with Eva was just so sweet and wonderful, but I am glad things expanded beyond that setting fairly quickly. The academy in the next part added a lot of layers to the world building and was a fantastically written. There were so many really great settings within this part; taverns and inns, common rooms, magical lakes, libraries with hidden rooms; this book has it all.

However, throughout these first two acts I did have the feeling that there seemed to be a lack of ‘oomph’. Things felt a bit too cosy, people a bit too nice. The characters were all growing, and I loved that but I had the sense that there was more going on under the surface, and I really wanted to know what it was, and get to the meat of the story.

And then the third part came along and bang! Things got really intense, really quick. The tone change in the final act is very well done, and the author does a great job bringing all the bits that have been hinted at together in a way that is shocking, action packed and that works really well to set up the story for the books to come.

The pacing of this story is spot on. The characters all stole my heart, and the direction the story seems to be going in for book two is one I am super excited for. In retrospect, this story could be read as a prequel to the real tale that is still to come. And I am so here for it! This book really stands out from the crowd, and I would recommend this to anyone and everyone.