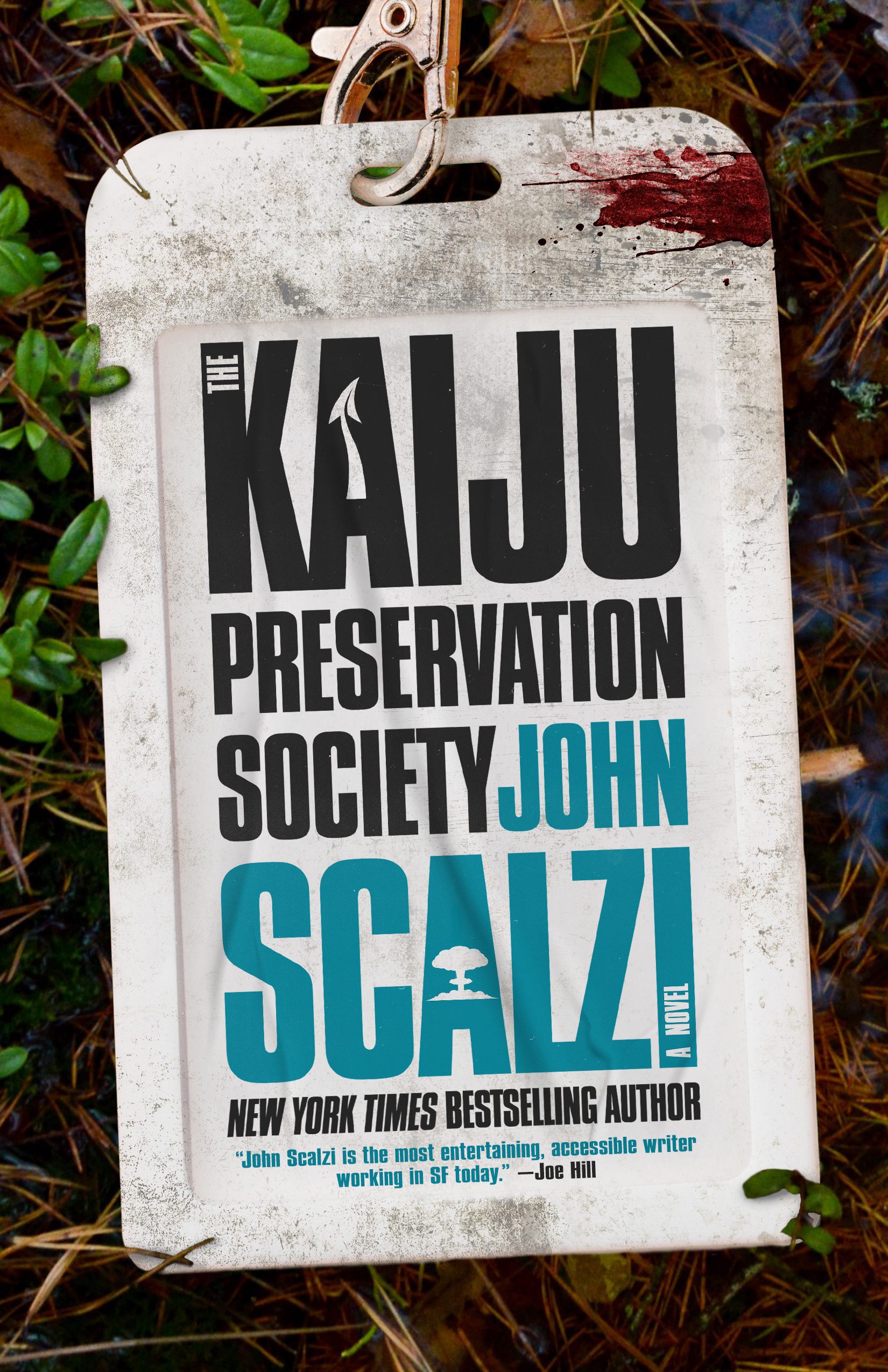 When COVID-19 sweeps through New York City, Jamie Gray is stuck as a dead-end driver for food delivery apps. That is, until Jamie makes a delivery to an old acquaintance, Tom, who works at what he calls “an animal rights organization.” Tom’s team needs a last-minute grunt to handle things on their next field visit. Jamie, eager to do anything, immediately signs on.

What Tom doesn’t tell Jamie is that the animals his team cares for are not here on Earth. Not our Earth, at at least. In an alternate dimension, massive dinosaur-like creatures named Kaiju roam a warm and human-free world. They’re the universe’s largest and most dangerous panda and they’re in trouble.

It’s not just the Kaiju Preservation Society that’s found its way to the alternate world. Others have, too–and their carelessness could cause millions back on our Earth to die.

First, thanks to Black Crow PR for the review copy!

The Kaiju Reservation Society is wondrous, an adventure in a new world – like Godzilla movies? Read about the ‘real’ thing. This book scratches the Kaiju movie itch for me, I’ve been a huge fan for years, and if you like them, you’ll want to read this.

My first ever Scalzi and I’m treated to someone who knows their trade impeccably well – the dialogue is something that jumps out and strikes me … it’s just so, natural? There’s no better word for it than that; the characters, Jamie the MC, are so real and living and that lends itself to easy reading – nothing at all jarred me about this book. And well, that’s great, because it’s about ENOURMOUS and DANGEROUS animals, or Kaiju.

It’s thorough, the setting is rich and vibrant – here’s a world where bugs, fish, and Kaiju are predominant species; we even discuss how the creatures have evolved to live off uranium, the Kaiju of which refine that in their own natural nuclear reactors … I mention this to give you an idea of how cool this book, and how Scalzi seems to effortlessly cover it all by relating it to science but only surface deep, so it doesn’t bog down the pace. It’s intriguing, giving an explanation of sorts to the beasts we’ve seen in various Hollywood and Japanese movies. They’re a favourite of mine.

Kaiju meltdown/explosion and mating habits of Edward and Bella, the Cthulu-like Kaiju add layer upon layer of believability to this second world Scalzi has created; we see Kaiju parasites – creatures the size of dogs and larger than live on them – and their symbiotic relationship come into play when Bella lays eggs and the parasites hunt for her. The way the Kaiju are handled within their own zoology sphere is something I really enjoyed. While we’re not bogged down with information, it covers all aspects. Even including things that … well, I thought would be probable if we discovered Kaiju, Scalzi hit the nail on the head with billionaires lining up to pay their way into it, some kind of Kaiju package holidays for the rich. I repeat all of this to rebuff the fact that Scalzi has remade the wheel in terms of Kaiju biology, mating habits etc. It’s a very intriguing read of discovery at this. Rather, the book feels like a scientific report on them and I’m here for it. It adds to the sense of learning rather than reading.

It was great fun and I’d recommend it to someone in a slump, or that needs a break from intense SFF reading.