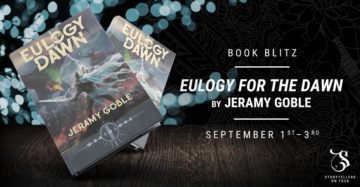 Domaren constructs peace using his tools of war. He is a silencer of rebellions and a butcher of tyrants. To some, he is a champion defender. To others, he is a merciless eradicator. Together with his fellow Godknights, Domaren wields might and magic to carry out the will of the creators. But the creators have suddenly gone silent. As the last living Godknight present during the ancient rebellion known as Wrathlore, Domaren must rise above suspicions of deceit, faltering powers, and a world erupting in chaos if he hopes to learn the fate of the missing creators.