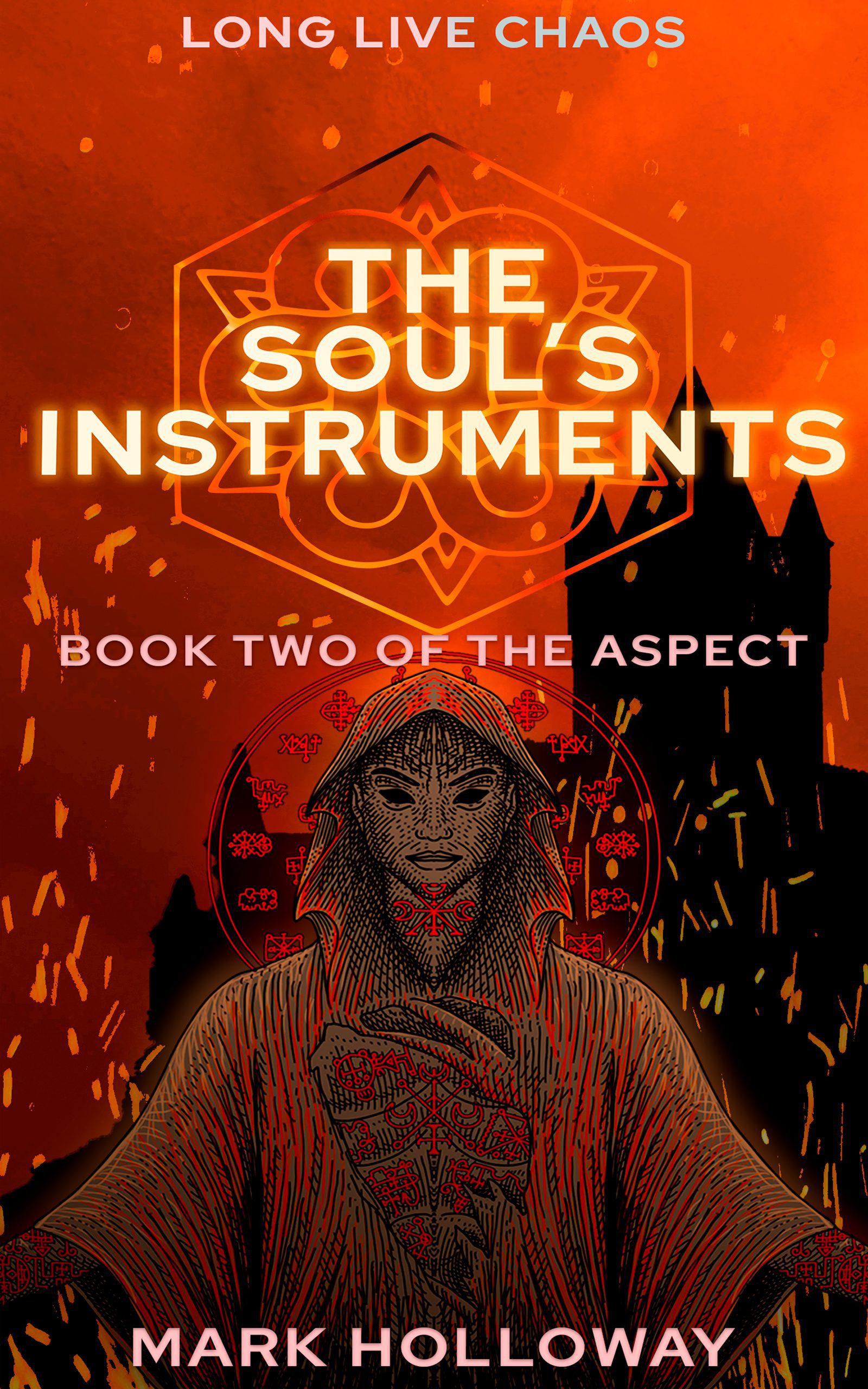 Kehlem the Butcher. Hero. Villain. A pale ghost that haunts the empire, or righteous revenant of Casere. Titles thrust upon him that he had no desire to bear, charged by the Aspect itself to end the Vin Empire. And yet his true and only desire is to get to Mercy before the empire does, to salvage his only chance at redemption.

But change is coming. He can feel it in the crushing weight of his waking nightmares. See it in the uprisings in the empire. Hear it in the hushed rumours of Seer assassinations.

The Aspect demands retribution. Balance. Where there was Order, may there be Chaos.

Ok, I’m saying it now, this series is a serious contender in becoming one of my favourites of all time if the books continue to follow this incredible precedence.

One of my favourite elements of the first book was the writing style and world-building Mark has created. Featuring endless libraries, beautiful waterfalls, lairy inn’s and cobbled villages, it felt like an amalgamation of a bookworm’s idyllic world. Entering book 2, I was concerned I may not get as much enjoyment as the tone takes a drastically darker turn and we are plunged into Kehlem’s life facing the aftermath of previous events. But, I was delighted to still feel the cosy warm tingles that made me want to dive into this world head-first. Though the tone of the book has definitely shifted with our characters facing greater perils and hardships, and the stakes being raised dramatically, I quickly came to realise that Mark’s prose beautifully binds both stories together. He is a master wordsmith, his language really enveloped all of my senses and whenever I picked the book up, it felt incredibly comforting – even if was during a torture scene!

Whilst I think the prose is enough to make me read literally anything Mark would write, the story is incredible enough to stand alone. Being of a shorter length, not a page is wasted and I was gripped from beginning to end. I can’t review the plot in too much detail as it would contain major spoilers for book #1, but you can be sure you will go through all the emotions reading it and the last chapter will have you begging for an early release of book #3.

There is also a wonderfully unique magic system that we take an even deeper dive into. There is another plain called the Aspect which holds energy for everything on the earthly plain. An Aspector is able to access those energies and harness them to do various things whether it be healing or blowing stuff up! In this instalment, we come to learn more about the Aspect and the implications of harnessing it which added a really interesting element to the already unique magic system!

Ok, let’s talk about the biggie, the character arcs. I think it can be incredibly difficult to nail a first person POV because we are relying on those characters as narration, if we dislike a character it can hugely taint the story. Mark has expanded on the first story by adding in a secondary POV alongside our main protagonist Kehlem. I loved Broch’s POV, I just adore him as a character and I always want the best for him, even if he doesn’t quite get the best L – there isn’t much I can say about his character without spoilers but I loved it!

Kehlem has had such a journey from book 1, and it is pleasant to watch him grow and learn. Despite that, he is still a teenager, and whilst trying to live up to his ‘chosen one’ responsibilities he still makes the mistakes expected of a teenager (and can still be annoying as hell like a teenager!) This leads to my only gripe with the story (which is minor!) and that lay with the romance between Kehlem and Eva. At times I found it to be a bit gushy and repetitive, but I haven’t marked the book down for this as I felt it was a good portrayal of teenage infatuation (and I’m not a fan of romance anyway so it’s totally subjective!)  I’m looking forward to seeing how this romance matures in coming books, but would also love to see more POV’s  – particularly from some of the bad-ass female characters we are introduced to!

Honestly, I would recommend this series to just about anyone. The prose is some of my favourite; I adore getting lost in this world and the story is explosive and exciting. I think any reader on a fantasy journey will appreciate this book: it’s super accessible for beginners / YA readers looking for an introduction to adult fantasy, and it also plays into a lot of tropes in a charming and nostalgic way which I think is really comforting for frequent readers of the high fantasy genre.

I couldn’t honestly ask for much more in a fantasy book series and I’m pretty much begging people to go and try this series out at this point. I cannot wait to see how the story continues and I am ready to discuss this with anyone that will listen. Please, please go read this book. PLEASE!

This book is due to release on the 31st May, I was sent an arc copy for review / to fangirl over – thanks so much Mark.