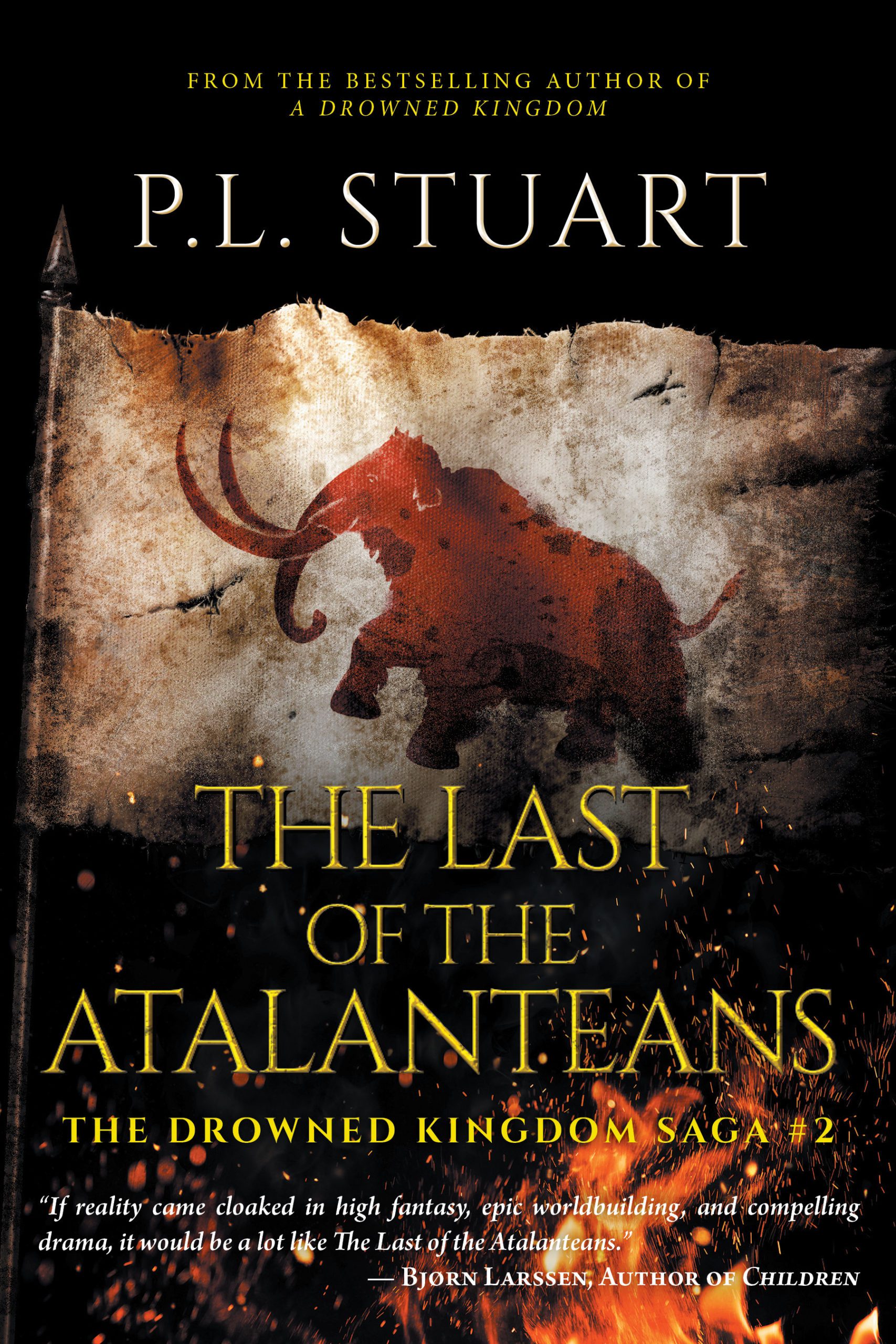 A painted mage. An unfaithful queen. A stolen throne. Three lords in disguise. Escaping Atalantyx’s destruction, Prince Othrun has forged alliances with Eltnish kings: former enemy Hert and King Wely, who has promised Othrun a kingdom of his own.

When Wely’s realm was stolen by Wely’s wife, a powerful mage, and Wely’s brother, a feared warlord, Othrun hatched a daring plan to restore the rightful king. The bold scheme involved Othrun entering Lynchun in disguise, risking his life and the life of those with him, to topple the usurpers. But for Othrun’s plot to succeed, he must entrust his Atalanteans into the uncertain hands of Hert—on the cusp of confronting his own political challenges to kingship, while tasked with protecting Othrun’s followers—even as Wely, a captive where he should be king, gambles both crown and the head upon which it sat on Othrun’s survival.

Othrun’s abilities, faith, and trust in his mysterious guardian spirit are soon to be tested. The mage Lysi continues to entangle herself in Othrun’s affairs, tempting him, challenging his beliefs, and threatening to bring his plans to ruin. But Othrun, Lord of the Last of the Atalanteans, does not intend to fail. He will be a king. Or die trying. Othrun will go to battle, and he will triumph against the odds. If not, all will be burned to ashes, consumed in the fires of his ambition. And so, the ancient war banner of Atalantean kings will fly. One last time. A kingdom has fallen. A legend will rise.

I received a copy of this book from the author in exchange for a honest review. For those who have been following my reviews know how much I enjoyed A Drowned Kingdom as it made it into my Top 10 reads of 2021. The history, tension, and classical feeling of Book 1, showed me just how talented P.L. Stuart is as a writer. The Last of the Atalanteans takes everything to the next level and had my jaw on the floor ten times over. From battles, to betrayals, and more history about the world and how stories are not always written to speak the truth but the truth of the victor. This will be a spoiler free review but I will be touching on events from Book 1.

We ended the previous novel with Othrun entering Lynchun in disguise with three other lords as Wely’s kingdom has been taken by his Queen and Brother in law. The plan is for Othrun and his comrades to infiltrate the city with Wely as bait and to open the gates for Othrun’s army. The tricky part comes with getting to the city with an escort as some want Wely before the throne to answer for his crimes while others want him dead. All the while, Othrun’s Atalantean army is being lead by Hert whose father Othrun killed in one on one combat. Can Hert be trusted? All of these questions and more just keep building the tension on nail biting scene after another.

To say this sequel is anything less than an absolute triumph would be selling the story short. P.L. Stuart has improved in every single area and the world, politics, and plot really start to take shape. The beginning chapters start in the same vein as Book 1 with a slow buildup but the action comes at you hard and fast. There were several shocking moments I did not see coming and the brutality of the characters on both sides of the conflict will be put on full display. Othrun will quickly realize that this is not the same land he grew up on and he will have to adapt quickly to save not only his people but himself.

The two characters who stole the show for me were Yedwol (Othrun’s Uncle) and Lysi the mage from Book 1. At some point in this novel, you will be seeing a 2 chapter flashback to Yedwol early years fighting in the war and I couldn’t believe what I was reading. It completely changed my perspective of the character and of his children. The other one is Lysi, who if you remember from Book 1 has an affection for Othrun and the future she sees for him. Lets just say that you will see just how cold blooded of a person Lysi can be. She has a hard time taking no for an answer until see gets what she wants. A legend will rise but maybe not the legend we were expecting.

By the ending I was screaming at P.L. for many things but primarily for Book 3 immediately. The Last of the Atalanteans is one of the best sequels I have ever read and I cant wait to continue with this series. The battles and fight scenes will blow you away time and time again. Easily a 10/10 rate for me and you are all in for an absolute treat!