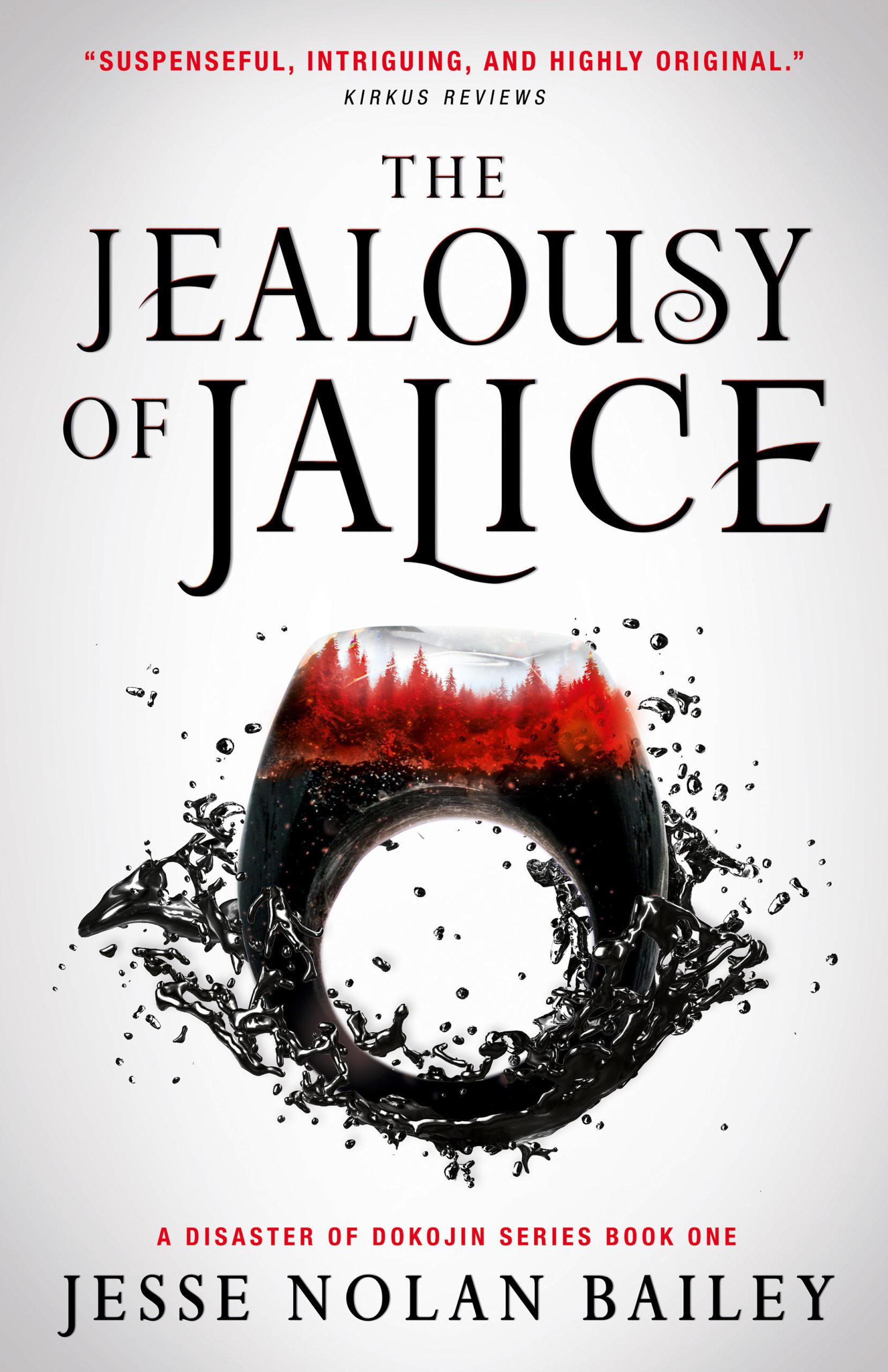 The Realms have split apart, the Stones of Elation have been hidden, and warnings of dokojin drift among the tribes.

The Jealousy of Jalice has been on my TBR for a long time now. Even before it was updated with the snazzy new cover that you see on the print edition now, I was drawn to the decidedly darker, original, cover. The promise made by the original cover, more so than the updated one, is that of a dark and terrifying story. I am happy to say that it delivered on that promise and then some!

“Let us kill this darkness by any means,” she said. “The end of the Sachem’s tyranny begins now.”

The Jealousy of Jalice wastes no time by throwing you in the deep end from the start, with the story starting in the midst of a kidnapping. Annilasia has decided that she can no longer sit idly by and allow the Sachem’s terrible reign to continue, so she hatches a plan to kidnap the Sachem’s wife who she holds responsible for all the ill that has befallen the Unified Tribes since his swift rise to leadership. The only problem is that Jalice is blissfully ignorant of the horrors committed by her husband and has an unusually blank memory when it comes to her role in his ascension to power.

The characters and their growth over the course of the book have to be the greatest part by far. Bailey clearly has skill with writing extremely flawed, sometimes terrible, characters that you can’t help but root for. And, every character that you meet throughout the course of the book, from characters that have a handful of scenes to Annilasia and Jalice, our two main POV characters, left a distinct impression on me as the reader. It’s rare that I find a book where every single character is memorable, but that’s definitely something I can say in this case! I also have to mention the astounding level of representation in the novel, with normalized use of pronouns like Fae/Faer and Zie/Zir, that look completely natural and normal in the context of the story and world (as it should).

“I will crush you to waste,” the creature hissed. “I will rot your bones and feast on your aura until you no longer remember what you are. You will desire only to be gone—to return to nothing.” It spat in her face, lathering her in globs of bloody mucus. “Get the book. Read it. Or you die, Bloodspill.”

Additionally, the worldbuilding on display in The Jealousy of Jalice is incredible! It’s set in the far future after an apparent apocalypse, the world has reverted to tribal societies. The tribes themselves are distinct culturally and have their own customs and practices, such as the Ikaul practice of using different types of feathers for certain social situations or, when worn, to denote certain social standings. Admittedly, this is never gone into in great detail, but there is enough there for you to clearly separate the two main tribes on show for this first book.

I would be extremely remiss if I didn’t mention the amount of terrifying imagery and horror that Bailey manages to squeeze into the pages of this book. Fantasy and horror goes so well together and Bailey excels at blending the genres, dropping genuine body horror into the middle of a plot involving kidnapping a princess. The dokojin, which are kind of like demons from another realm, absolutely drip terror. It’s like he took all of the great elements from paranormal fiction (like The Exorcist) and added them into an already great fantasy setting and story.

Overall, I absolutely loved The Jealousy of Jalice and I cannot wait to continue the series with The Spawn of Spiracy.