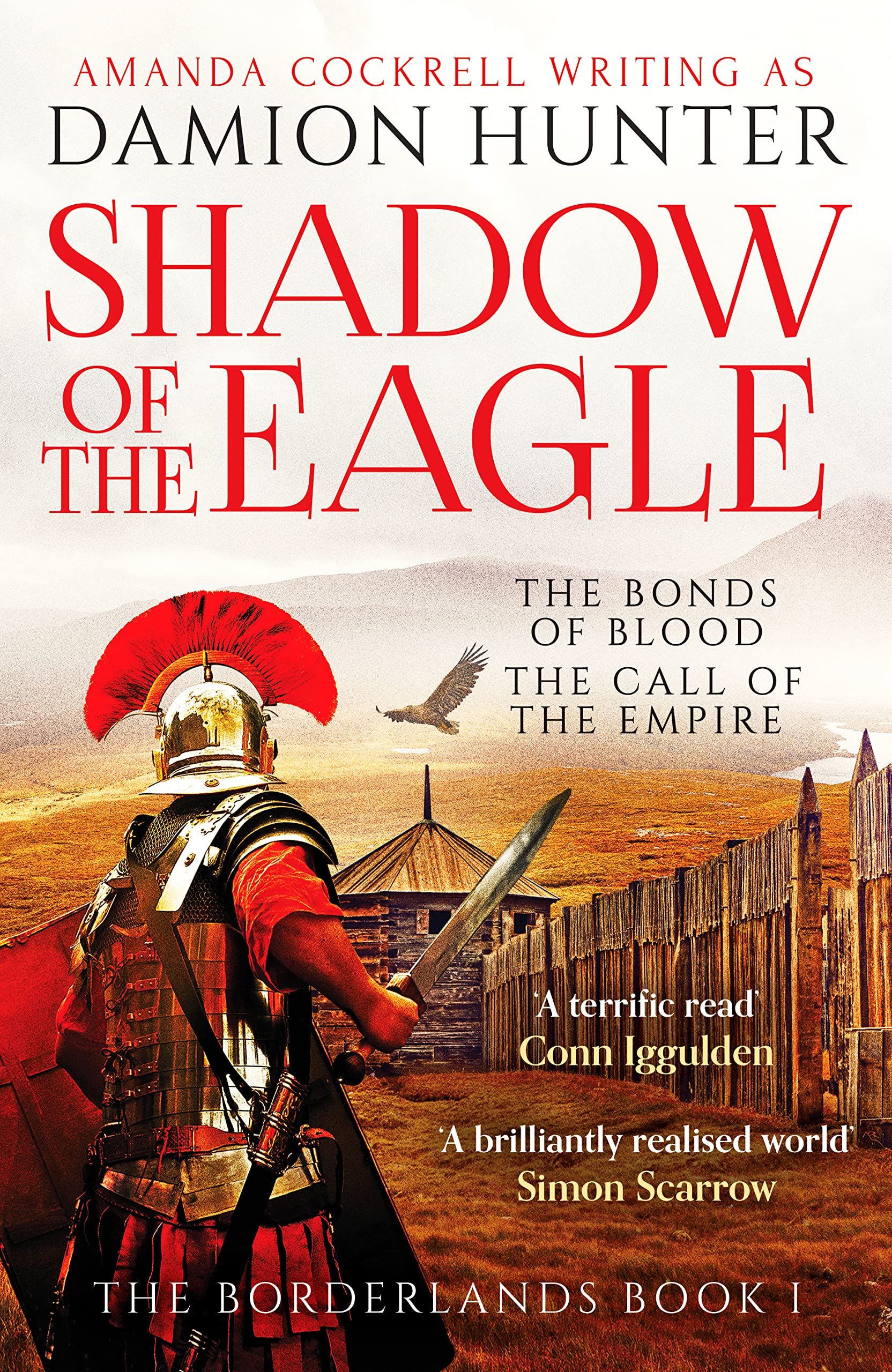 Will Britain take him in… or mark him as its enemy?’A brilliantly realised world of Imperial ambition and native resistance’ Simon Scarrow’Wonderful, distinct characters … this is a terrific read’ Conn Iggulden

Faustus Valerianus is the son of a Roman father and a British mother, a captive sold among the spoils after Claudius’s invasion.

Now both parents have died within a month of each other, and so he sells the family farm and enlists, joining legendary general Agricola‘s campaign to conquer the entirety of the British Isles culminating in a devastating battle amongst Caledonia’s dark mountains.

But Faustus will have to contend with more than ferocious British warriors and whip-cracking elements. For the bonds of blood can weigh heavy on one’s soul. The call of his mother’s true people. His father’s restless shadow. Faustus must carry them with him…

This is a fascinating novel exploring the Roman Conquests of Caledonia, and further exploring the mystifying mythology of the Celtic Isles complete with rip-roaring action, grand narrative, and excellent characters. This novel felt like I had time traveled into the past and was witnessing something epic. Something amazing. Mostly what is known about the relationship between Scottish History and Rome is that there were the Picts and they just kept on raiding Hadrian’s wall, which assumes to be the most popular stereotype, when this novel fleshes out the fact that the Caledones (before the Irish Celtic Tribes I believe moved over to Scotland) used to rule much of old Scotland back then and they were more closely related to the Britannic Tribes. This is important to note, because the Caledones may have been one of the most powerful confederations that Rome often had to face in Britannia.

With Agricola being the newly appointed Governor of Britain during this era, he had been one of Rome’s most famous generals; helping Vespasian assume power during the Year of the Four Emperors. He led his army to Scotland, and Wales and ventured deep into the far North of the Highlands. During this novel, we begin to see the journey of Faustus Valerianus and how he builds a disorganized legion into one of the best, as they campaign with General Agricola. There’s a lot of insight from different points of view: The Celtic Tribes, and the Romans. There are many good characters in this novel that I don’t want to spoil. Also, if there was any reason that the Romans were successful against their Germanic or Britannic counterparts, it was because they used divide and conquer. You will find that some Celtic tribes in this novel prefer to be on the cusp of Rome. And other tribes resent it. And therefore this infighting or the inability of the Celtic tribes to adopt Roman tactics, is what really led to their downfall. Studying Arminius and Teutoberg Forest is something I really recommend.

There’s a far deeper story here; from Romans learning about the culture of this island, from Selkies and Celtic Mythology being explored; there’s a fascinating insight into how the Romans perceived the world, and how their enemies perceived them. And Faustus is also ongoing a period of guilt and sadness from having to deal with the ghosts of his past. And that’s a good clue you can take. That being said, there wasn’t one central villain in this novel, and that was a good thing. This novel showed both the grey, the good, and the ugly. It showed that all people want is peace, but the desire to expand, to need and want more than what you already have, and never being content with what you have already, is the real reason. It’s a really great novel, and it feels like the start of something epic. I really recommend this novel and give this a 10/10.