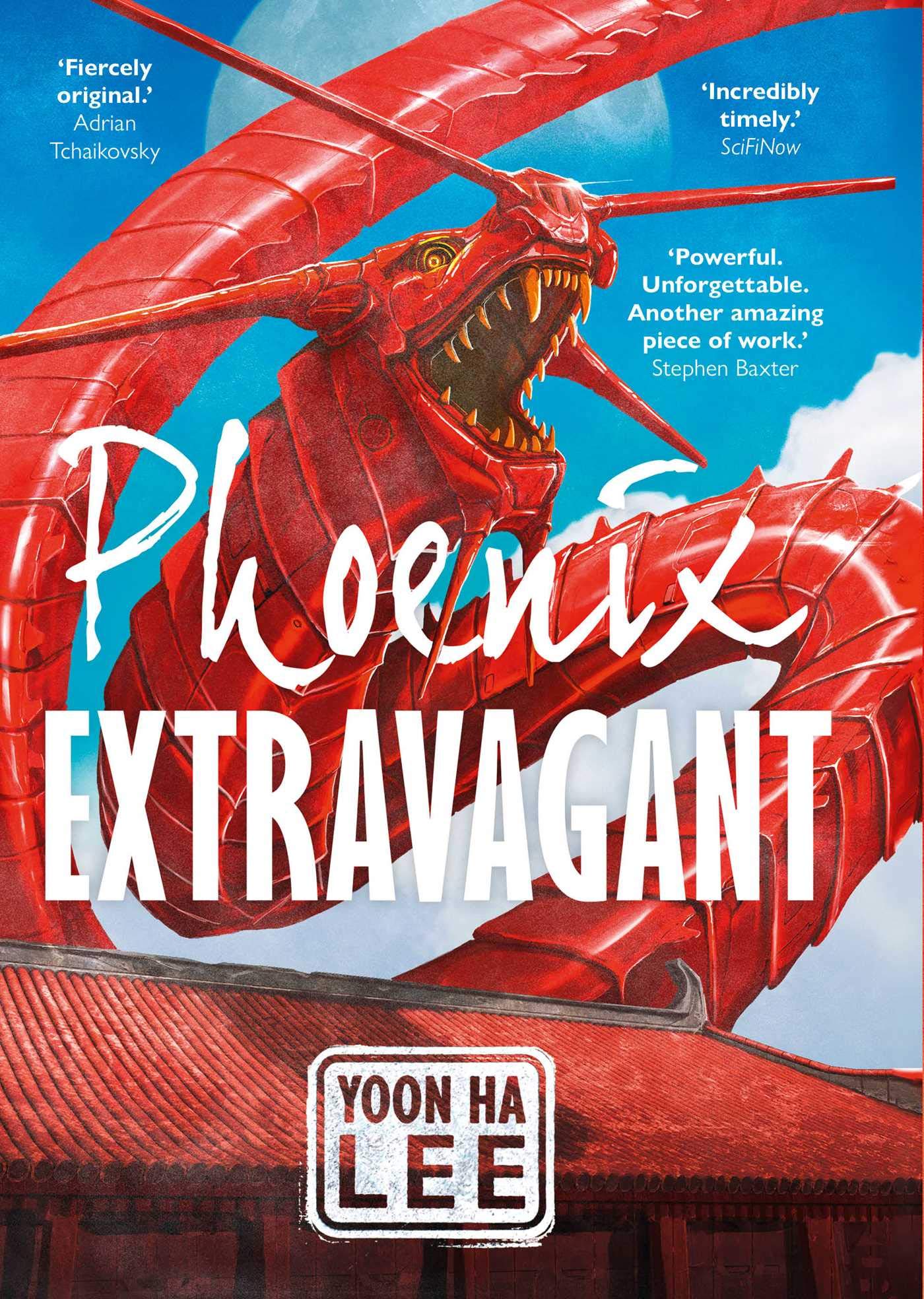 Finding work as an artist is hard. Working for a shady government ministry while falling in love with your watcher, who just so happened to kill your sister’s wife, is even harder, not to mention when you’re tasked with rewriting a dragon automaton warmachine that happens to be a pacifist!

Jebi is an aspiring artist in Hwaguk (now Razanei Territory 14) and, unable to find any work and thrown out of their house by their rebellious sister Bongsunga, accepts a position with The Ministry of Armor under the watch of the pragmatic Hafanden and duelist Vei, who is tasked with cutting Jebi down should they attempt to escape. Jebi is horrified at how the magical pigments used to command the Razanei automatons are created; by destroying priceless artworks and artifacts.

When they find out that the dragon automaton they have been hired to code has been blamed for a civilian massacre and needs reprogramming, Jebi decides to create a means for the dragon to tell them what really happened first. After finding out that the Razanei carried out the attack and that the dragon is in fact unwilling to kill anyone, Jebi instead becomes intent on helping their new friend to escape.

My fellow bloggers here at FanFiAddict have kindly put up with me talking about Phoenix Extravagant almost constantly for the past several days. Does it deserve me raving about it so much? Well, yes and no. Read on …

Phoenix Extravagant drops us right into the Razanei occupation of Hwaguk, painting a scene of the locals struggling to adjust to life under their conquerors. We follow the story through protagonist Jebi, a non-binary artist living with their sister, Bongsunga. There follows the plot seeds of an authoritarian government versus a rebel faction which come into play in the book’s second act.

I was happy to be whisked from scene to scene, stopping to admire the world Yoon Ha Lee has woven together. The descriptions blend well with Jebi’s artistry, for example when they encounter a Westerner for the first time amongst the rebels: “The person, despite being bundled up in the same grubby felt coats as the other rebels, stood out like a hoopoe amid a flock of magpies.”

The characters were memorable and I gelled with Jebi straight away. I loved the relationship they forged with Arazi, the dragon automaton who gains sentience from Jebi’s painting. Arazi has a wonderful naivety as it learns about the outside world through Jebi’s eyes and ears via their telepathic link.

{I have never seen anyone drunk … This will be exciting!}

{I want taffy. You can tell me all about it. No one has ever shown me taffy before.}

It’s through Arazi that Lee demonstrates that the automatons used to police the population have their own wishes, yet lack the free will to do so. This becomes all the more poignant when Arazi says to Jebi not to give them the means to think and then take away their choices.

That’s the first act of the book. So, has it leaped into being my book of the year? Well … no, it hasn’t. The second act of the book then comes into play. Rebellions in fantasy stories are seemingly in every other book now and this part of Phoenix Extravagant simply didn’t capture my interest like the first did. The second act sees Jebi, Vei, and Arazi aid the rebels but this isn’t the direction I was willing the book to go.

I wanted more of Jebi and Arazi, and of the romance between Jebi and their watcher, Vei, who is revealed to have killed Jebi’s sister-in-law in battle. Yes, the rebellion against the occupying force and the looming threat of a Western invasion were background influences in both acts but these weren’t Jebi or Arazi’s stories. The conflict of whether all automatons had sentience versus the price incurred at sacrificing unique cultural artworks to give them that sentience was much more interesting than the rebels taking back their country.

In the end, Phoenix Extravagant’s second act, while perfectly serviceable enough, doesn’t take the concepts and questions of the first act forward enough to make this a truly exceptional book, instead reverting to fantasy rebel tropes we’ve seen before. The ending saves the second act, but again serves us fleeting glimpses of a much more original fantasy story that this book could have been.

Ultimately, this is a good book and my ranting about it has been more than justified. I would still recommend this book for the dragon ride, but it could have been so much more. With the paperback edition set for release on the 17th August, it’s well worth picking this title up.