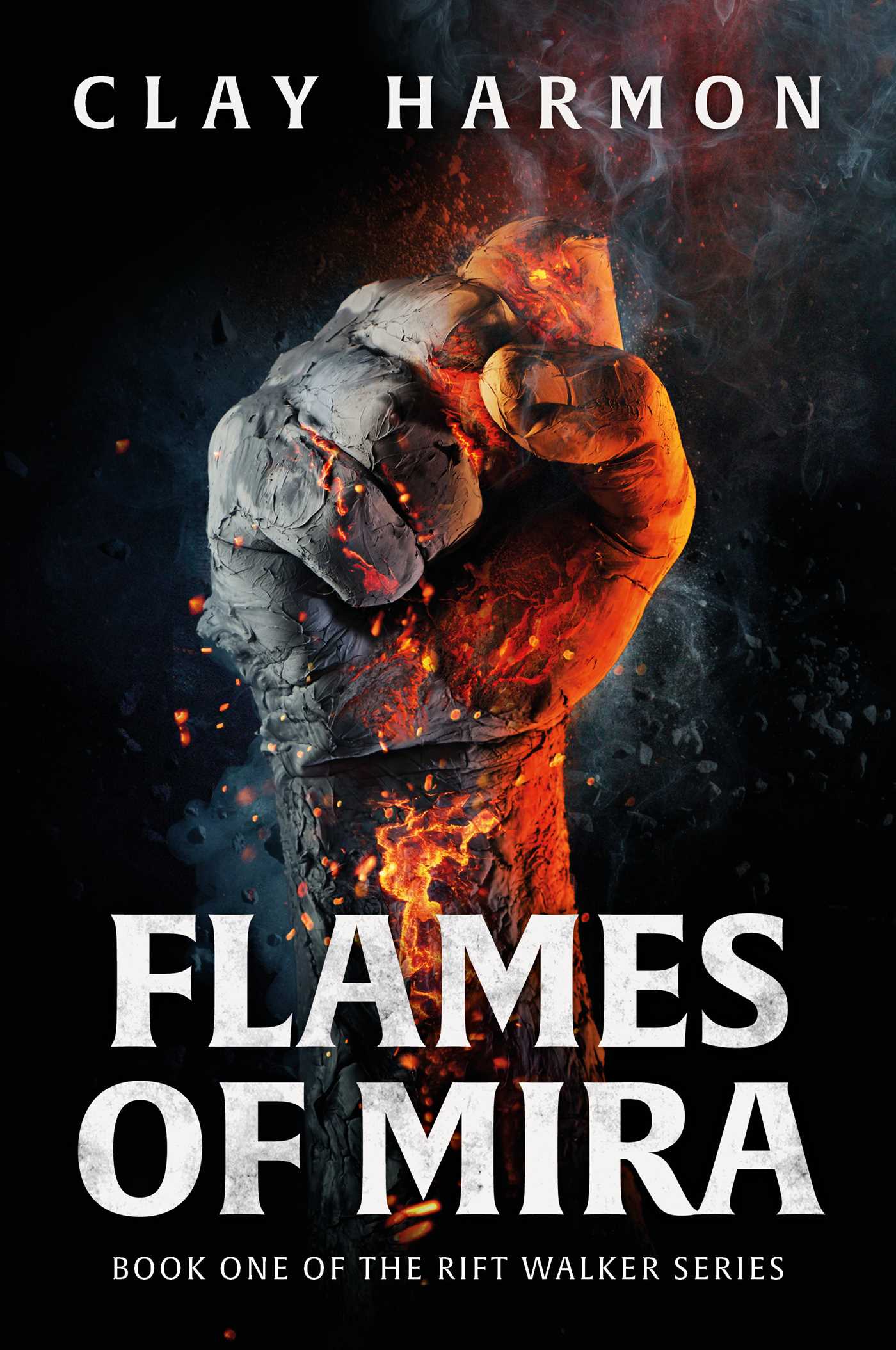 An epic new fantasy in a world of ice, fire and magic!

Born through life-threatening trials that bind chemical elements to the human body, Ig was forged in the boiling volcanoes under Mira’s frozen lands. One of the most powerful known elementals, he serves as an enforcer for Magnate Sorrelo Adriann, cursed with flesh binding magic that will kill him at the first sign of disobedience.

When Sorrelo is overthrown, Ig quickly learns he can do far worse than what has been asked of him so far. If he can’t escape the flesh binding in time, Ig will have to kill friend and foe alike to stop his master reclaiming the throne, or sacrifice himself trying.

The Flames of Mira is an extraordinary world unlike any you’ve read before. If you took the best parts of fantasy and shoved them in an underground world you’d find this book. Clay Harmon has truly written an exciting new story that had me digging in for more (ha, get it?) from the first page on.

I feel like I say this regularly but this time I really really mean it! The world of Mira that Clay has created is so unique from anything else I have read. Once I fully understood the scope of all the underground cities and tunnels I was just blown away with the creativity that he wrote into this novel. It’s rare when I find a book where the world building itself is so different from “real life” that it took me several chapters in to fully grasp it. And this isn’t even the best part! Clay’s magic system is like a cross between Mistborn and Avatar the Last Airbender. I absolutely loved it and I think we’ve only just begun to see what it can do here in book 1.

When it comes to characters I was very intrigued with the MC Ig almost as soon as the book began. One thing this book has a lot of is self reflection and just mental self conversation if that makes sense which was a little different than what I’m used to from fantasy. I’d say it’s comparable to Wheel of Time in the sense that there’s just a lot going on in the characters heads! Mental dilemmas and self growth that happens all throughout the book. I will be honest though. It took me a little while to get into the second characters mind which I’ll leave as a surprise for you. This character just popped into the story suddenly and I wasn’t expecting it. However, there is a very good chance you’ll love them for their spunk and determination!

If you like intense action scenes there are quite a few. The magic system allows for some kickass fights that have you flying through the pages unable to put it down! To be honest I wish there would have been even more. This is another instance where I feel the inadequacy of the MC’s skill level in this book that I just know will intensify and get even better as the next books come out.

As always, I like to share some of the major themes I found interesting throughout the book. One of the largest being moral intrigue. Both MC’s had to deal internally with a lot of hard decisions that would not have just had personal consequences, most especially Ig. Other themes would be the relationship of religion to the state when both require separate obligations from the people. What is worth the cost to take power away from a corrupt ruler? Child enslavement and slavery in general is also a big theme. What are you willing to do to a ‘friend’ to get what you want? These were some that stood out to me but I’m sure there are plenty more in there for you to find!

My only complaint about the entire book is that it really did take me a while to fully understand what the geography was like in this world. Maybe I missed some explanations at the beginning that would have helped but I didn’t even realize everything was underground until about a quarter way into the book. I don’t consider this a spoiler because I do think it is evident from the beginning but I wish there had been more explanation or description as different areas came up. Again, I could very well have just been missing them but as a lover of world building I usually do catch on pretty quick so I was surprised when it all finally clicked in this book.

At the end of the day though this was a rock solid book (he he) that I think any fan of fantasy would really enjoy. Give it a shot!