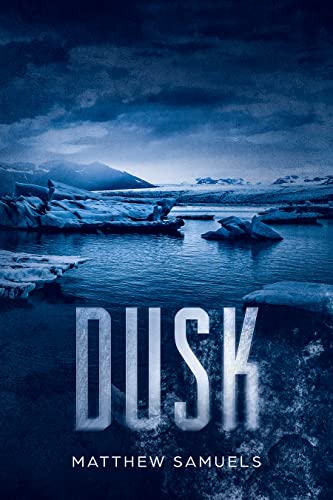 Two years have passed since Kael and Alessia discovered Xirra, but despite providing an unexpected source of help, political tensions between Lyran cities have deepened. The Xirran philosophy of hope is causing rifts between the townships, and the two explorers unexpectedly find themselves at the heart of a controversial cult. Worse yet, one of the monstrous creatures from Carthusian, the ever-changing city-ship, seems to have been sighted in Vulpes, Lyra’s farming city.

With new enemies coming from unexpected places, Alhambro is determined to understand how the thinnings link universes, dispatching Vega’s best car crews across space, commissioning Basteel and Slyph to investigate the strange creature in Vulpes. At the same time, Kael and Alessia embark on a vital mission to cross a forbidden asteroid, an abandoned planet previously home to a super-advanced race and into the unknown.

As a new, hostile species capable of traversing the thinnings emerges, it seems that the sun is setting on Lyra for the very last time.

When author Matthew Samuels asked me if I wanted to read and review Dusk, I jumped at the opportunity. I had read and reviewed Parasites – the first book in The Navigators series – a couple of years ago, and I really enjoyed it. I thought the story was light and fun with interesting characters and settings. And, mostly, I liked Dusk for the exact same reasons.

I was excited to dive back into the lives of Kael, Alessia, Basteel, Slyph, et al. The book starts out with snapshots of what is going on with the characters from book 1, as well as what has changed with Lyra since the crew’s big mission that discovered Xirra. I really liked this approach to the writing, as I think it was the best way to continue with the storyline. With the new discoveries that came about in the first book, this world needed some time to let that marinate. That is exactly how things went down, and the world certainly went through changes – both for the good and the bad. Interestingly enough, though, the characters have not really changed that much. Another part about the book I liked. These are well-written characters, each unique and interesting in their own way. The connections with the reader are already there, and to change them in a significant way would be asking too much of the reader in trying to reconnect. My favorite characters are Basteel (because he is a badass) and Slyph (because she is a genius who changes the world by the minute – plus she does not have time for your shit).

I really like the way Samuels expanded the setting. As expected, the characters get to explore different worlds and planets even moreso than the first book while encountering new living things and technologies. As I mentioned in my review of Parasites, the author set this series up perfectly to be able to be really imaginative with the setting. Every time the characters travel is a new opportunity for a unique adventure, and Samuels exploits that fact to the fullest (in a good way).

I mentioned that Slyph has a big role in changing the world, and I just want to mention that as something else that really kept my interest. With new technology and information she is perpetually on the verge of ground-breaking science. This is a side narrative that adds a level of intrigue on top of an already captivating story.

Dusk is a really good book. The author lists it as “Hopepunk”, and I consider it to be medium sci-fi: Not quite hard sci-fi, but there are enough technical details that I do not consider it to be soft, either. It is adventurous and expansive – quite a fun read.