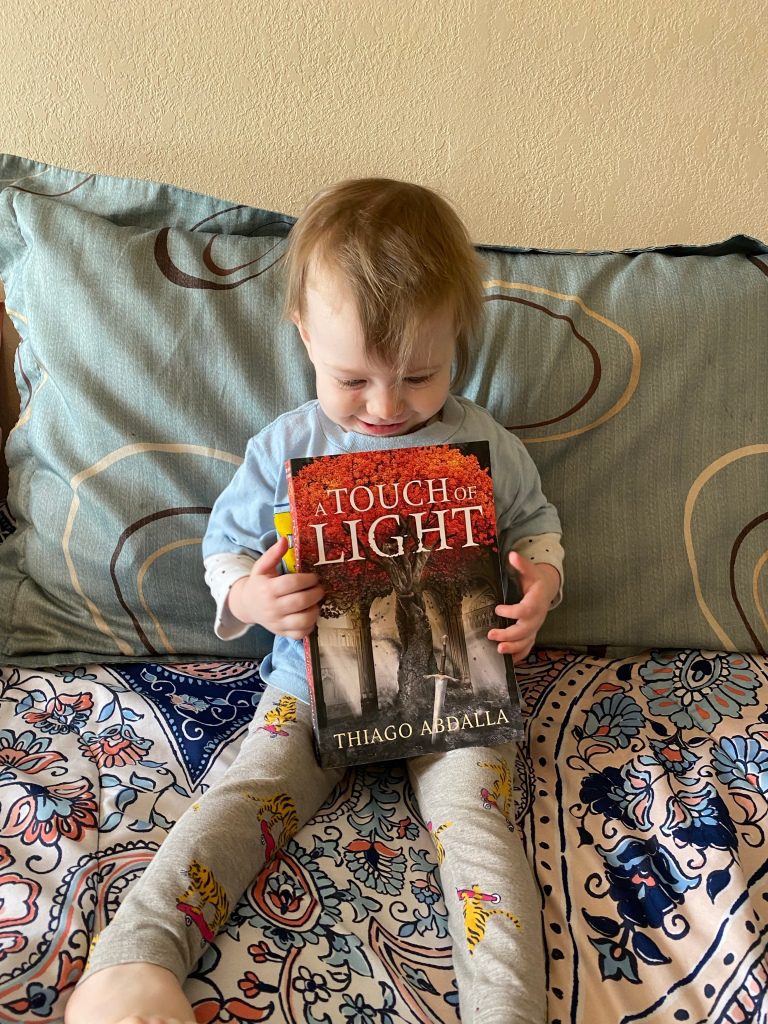 The dead shall not be mourned or remembered, for death is the enemy and will only drive the Seraph away.

The Domain is the bastion of life. The Seraph blesses her faithful with endless years, and they keep death away in hope for Her return, but The Domain nations are not the only ones in Avarin. They have managed only a tenuous peace with the clans to the south, who believe life must be returned to the Earth to keep it whole.

Yet the world of Avarin is changing.

In the clanlands, parts of the Earth seem to be withering away, while in the Domain, a deadly frenzy spreads among the people. It brings darkness to the minds of men and bloodlust to their hearts.

This sickness threatens more than just the peace in the realm,
It imperils its very heart.

Now the people of Avarin must fight to save it,
Before death comes for them all.

Dive into this sweeping epic fantasy saga of a world where religion and politics are one, magic brings terror into the hearts of men, and a looming blight threatens to tear everything down.

A special thank you to Thiago Abdalla for sending me a complimentary paperback and Escapist Book Tours for putting this whole thing together.

A Touch of Light is Thiago Abdalla’s exciting debut and the start of the epic fantasy series The Ashes of Avarin. Told through three POV’s, Adrian, Lynn and Nasha, we watch chaos and war engulf the world from all corners of the map.

Adrian is a prince who wants nothing but revenge. Very early he loses someone very close to him and this loss is what drives him throughout the narrative. The religion of his people shuns death and deems it for the unworthy, and thus begins his internal conflict with his love for those lost and his faith. Lynn is a warrior with a secret past and demons that haunt her day and night. These demons come front and center when her past catches up to her and an enemy she thought defeated has returned. Was everything she sacrificed for nothing? Can she do anything to stop this rising threat? Nasha lives in The Clanlands, south of The Domain. A tribal people, they believe life wasted should be returned to the earth, lest the earth take the life robbed of it. An outcast, Nasha rises through the ranks of her clan, much to her peers displeasure. She also harbors a secret. A magic forbidden among her people and could threaten the entire world.

As you can probably see, the central theme is struggling with faith. All three characters have the foundations of everything they believed shaken and Abdalla handles the fallout of emotion beautifully. Emotion also plays a key role in the magic system, which was extremely intriguing and mysterious enough to be magic while making enough sense to follow clearly.

A Touch of Light is an emotional story or war and faith, love and loss. With twists and betrayals around every corner, no character ever feels safe. The tension builds perfectly to an explosive climax and plenty of hooks to have me coming back for more.