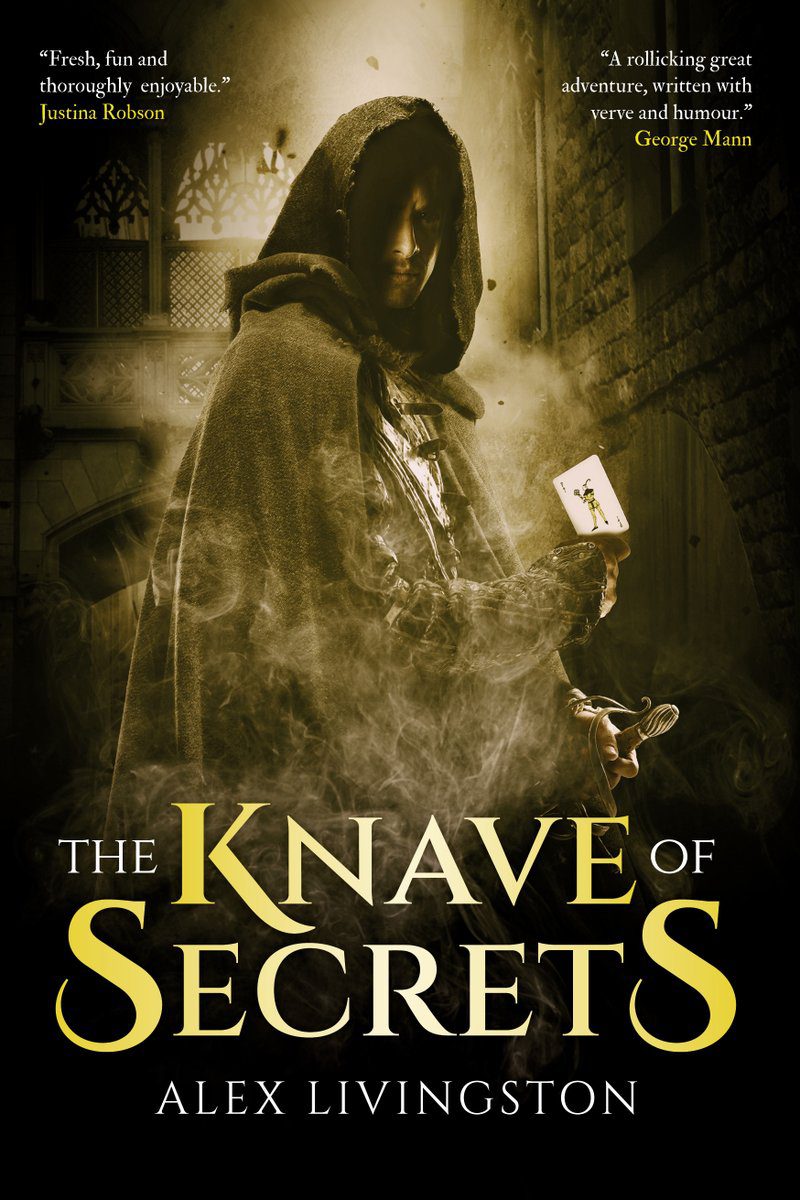 A twisty tale of card sharps and con artists, in a world of magic where secrets are traded and gambled like coin. The Lies of Locke Lamora meets Casino Royale

Never stake more than you can afford to lose.

When failed magician turned cardsharp Valen Quinol is given the chance to play in the Forbearance Game—the invitation-only tournament where players gamble with secrets—he can’t resist. Or refuse, for that matter, according to the petty gangster sponsoring his seat at the table. Valen beats the man he was sent to play, and wins the most valuable secret ever staked in the history of the tournament.

Now Valen and his motley crew are being hunted by thieves, gangsters, spies and wizards, all with their own reasons for wanting what’s in that envelope. It’s a game of nations where Valen doesn’t know all the rules or who all the players are, and can’t see all the moves. But he does know if the secret falls into the wrong hands, it could plunge the whole world into war…

Firstly, Id like to thank The Write reads and Rebellion Publishing for giving me the opportunity to review Knave Of Secrets by Alex Livingston.

I want to start off by saying that this book had a lot of great elements to it and though I found them interesting, some weren’t my cup of tea. With that being said, it is completely my preference. The story is French inspired and I figured that out by most of the dialogue that was spoken between the characters. The story is written in multiple POV which is something I do enjoy but I found that I did not quite connect with the characters in this one. The characters are an older group of friends which I did like because its not often you get a book where the characters are older than 25-30. I enjoyed the closeness they shared especially due to their love of gambling. Although there was a lack of connection I shared with most of the characters, I felt the closest to Valen. There was some lack of information in some parts of the story which led me to question a lot of what was happening. It could have just simply been me. I could not grasp the concept of the magic system. I just couldn’t understand most of it. I wonder if others felt the same way. There were even some disturbing types of magic for healing and I did not expect that but it was definitely interesting. I just wish I understood it better.

The concept of the story was great I just don’t think it was for me personally. The author is a great writer and anything pointed out does not stop me from reading anything else by him. I think that this book could be someone else favorite book who can appreciate the concept a lot more than I did.