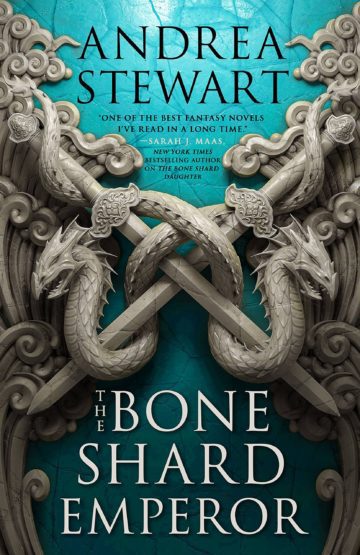 hooked. The vibrant world, imagining an empire of seasonal, migrating islands, and the relatable cast of characters had me fully invested to the end. But it was the richness of her prose and worldbuilding, and the gut-punch weight of the book’s many twists that left me aching for more.
Thankfully, Stewart’s sophomore effort and the sequel to The Bone Shard Daughter does not disappoint. In fact, The Bone Shard Emperor swiftly ups the ante, dealing with the fallout of its predecessor and building political and emotional pressure in captivating ways. With morally grey characters (in a morally grey world) that I can truly root for and a world with a deep, mysterious history I want to know more about, The Drowning Empire series just keeps getting better. 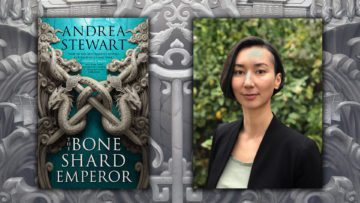 Join FanFiAddict’s Adrian M. Gibson and fantasy author Andrea Stewart for a chat about her wild, long journey to get published, the origins of The Bone Shard Daughter, writing sequels and planning a trilogy, worldbuilding, morally grey characters, painting and much more.

What’s up everyone. The end of the year has arrived and with it comes the season of lists. Best movies, TV shows, songs, books, etc. of 2020. Below I have compiled our reviewers’ Top Reads of the year. A majority of covers have links to reviews if you would like to see why we loved […]