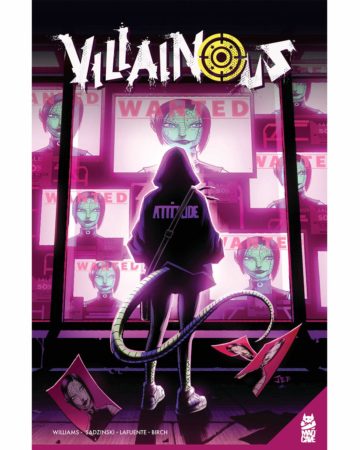 After reading the graphic novel Villainous, I had mixed feelings. The story itself had all the tropes of a new superhero team/character coming together, but it felt rushed. I would’ve loved to get a bit more about Matilda’s relationship with her parents, to set the tone of her obligations to succeed. Also, every character from the Coalition or Villains felt one-sided or lacked depth, superficial. I understand this is hard to accomplish in comics or graphic novels, but a page or two on each character might have just provided motivations, personalities and some foundations for their character arcs. Like Showdown seemed to be a womanizer. It might have been a better read to see it in action (more than a frame or two), so we hate him as much as Matilda does early on. Also, some characters’ powers weren’t clear in the little time we spent with them, therefore when big action occurred, it was hard to understand the stakes in between them.