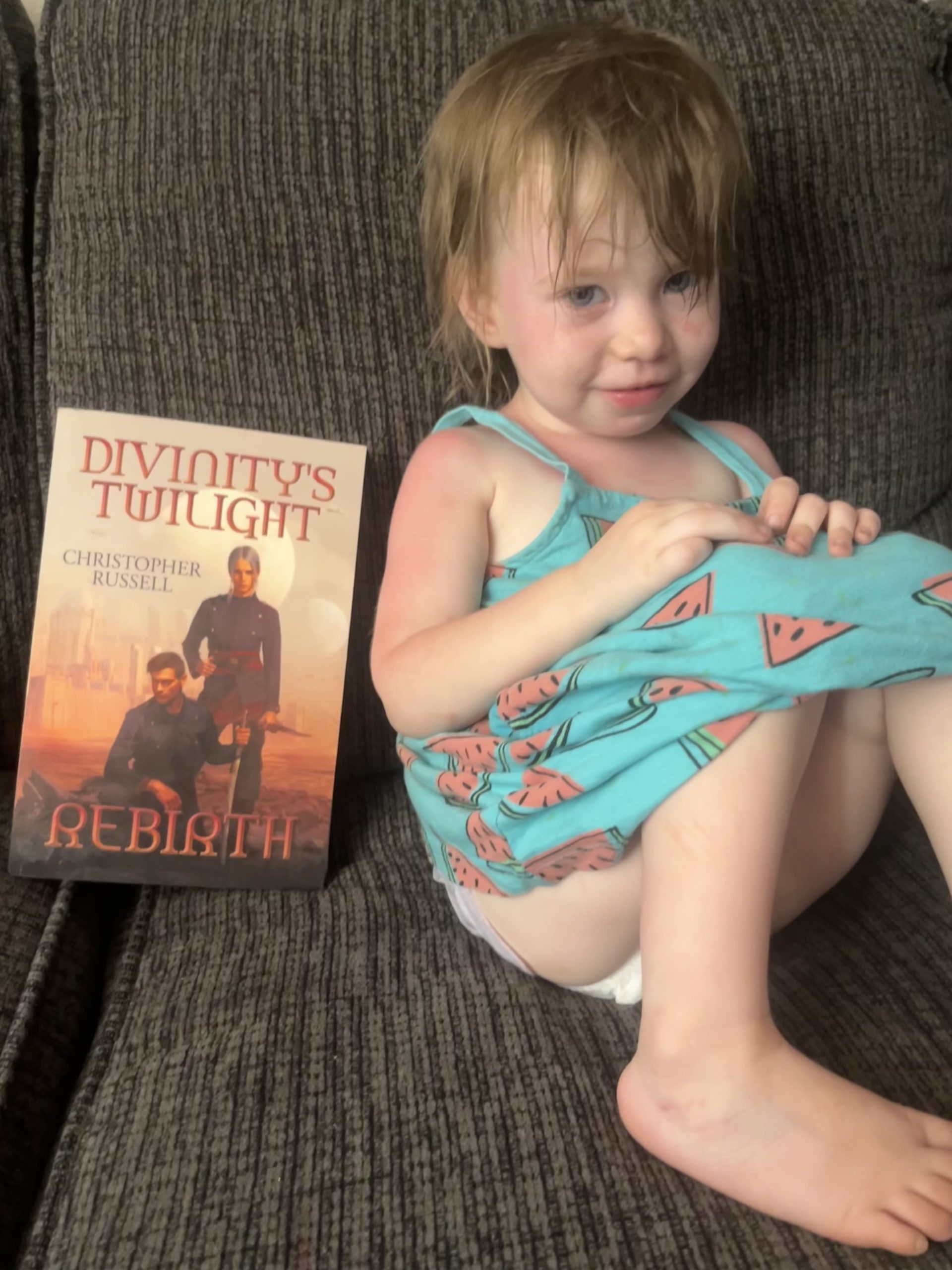 A millennia old bargain comes due . . .

When two blades clash, the third will fall, and the fate of all will be jeopardized. To save Lozaria, the failures of the past must be atoned for by a new generation of heroes. The time has come for mortals to cast off sight and, in doing so, truly come to see . . .

Seven centuries ago, the forces of order won the Illyriite War on the plains of Har’muth. Darmatus and Rabban Aurelian slew their elder brother, Sarcon, the despotic architect of the conflict, then sacrificed themselves to banish the cataclysmic vortex opened with his dying breath. The first advent of the Oblivion Well was thwarted. Even without their vanished gods, the seven races of Lozaria proved themselves capable of safeguarding their world.

Or so the story goes.

The year is now 697 A.B.H (After the Battle of Har’muth). Though war itself remains much the same, the weapons with which it is waged have evolved. Airships bearing powerful cannons ply the skies, reducing the influence of mages and their spells. Long range communication has brought far flung regions of Lozaria closer than ever before. At the center of this technological revolution are the three Terran states of Darmatia, Rabban, and Sarconia, who have fought a near ceaseless campaign of 700 years in an attempt to best each other. The roots of their enmity lie buried beneath the wasteland of Har’muth, a place all three nations consider best forgotten.

However, an ancient power sealed within Har’muth has not forgotten them, and the descendants of those who fought on that field must now take a stand to rectify the mistakes of the past.

A special thank you to Christopher Russell for sending me a review copy and Escapist Book Tours for putting this whole thing together. All thoughts and opinions are honest and my own.

Divinity’s Twilight: Rebirth is a tough book to review. To talk too much beyond the synopsis above is to risk spoilers galore. More on that to come.

The highlight of this book is definitely the lore and history. The future of this story is deeply rooted in the past, and Russell does an amazing job not only providing that backstory, but showing how stories change over time, when history becomes myth becomes legend. This contrast provides much conflict and was the most fascinating part of this novel to me.

As I’ve been known to say, a novel hinges on it’s characters. I won’t comment on any names (that’s where there-be-spoilers), but every character we meet is very fleshed out. In just a few pages, Russell is able to establish a personality and motivation enough to keep me invested.

Another aspect I really enjoyed was the magic. Not just the magic though, but the way Russell incorporates it into technology. If you’re a fan of Brandon Sanderson’s magic, especially what he does in the fourth Stormlight Archive book, you’ll eat this up.

Divinity’s Twilight: Rebirth is an epic fantasy/sci-fi mish-mash full of twists and turns, deep and fascinating lore, epic sky battles (did I mention this book has AIRSHIPS!) and magic bursting from the pages. Fans of Stormlight, Malazan and/or The Wheel of Time, this is for you.