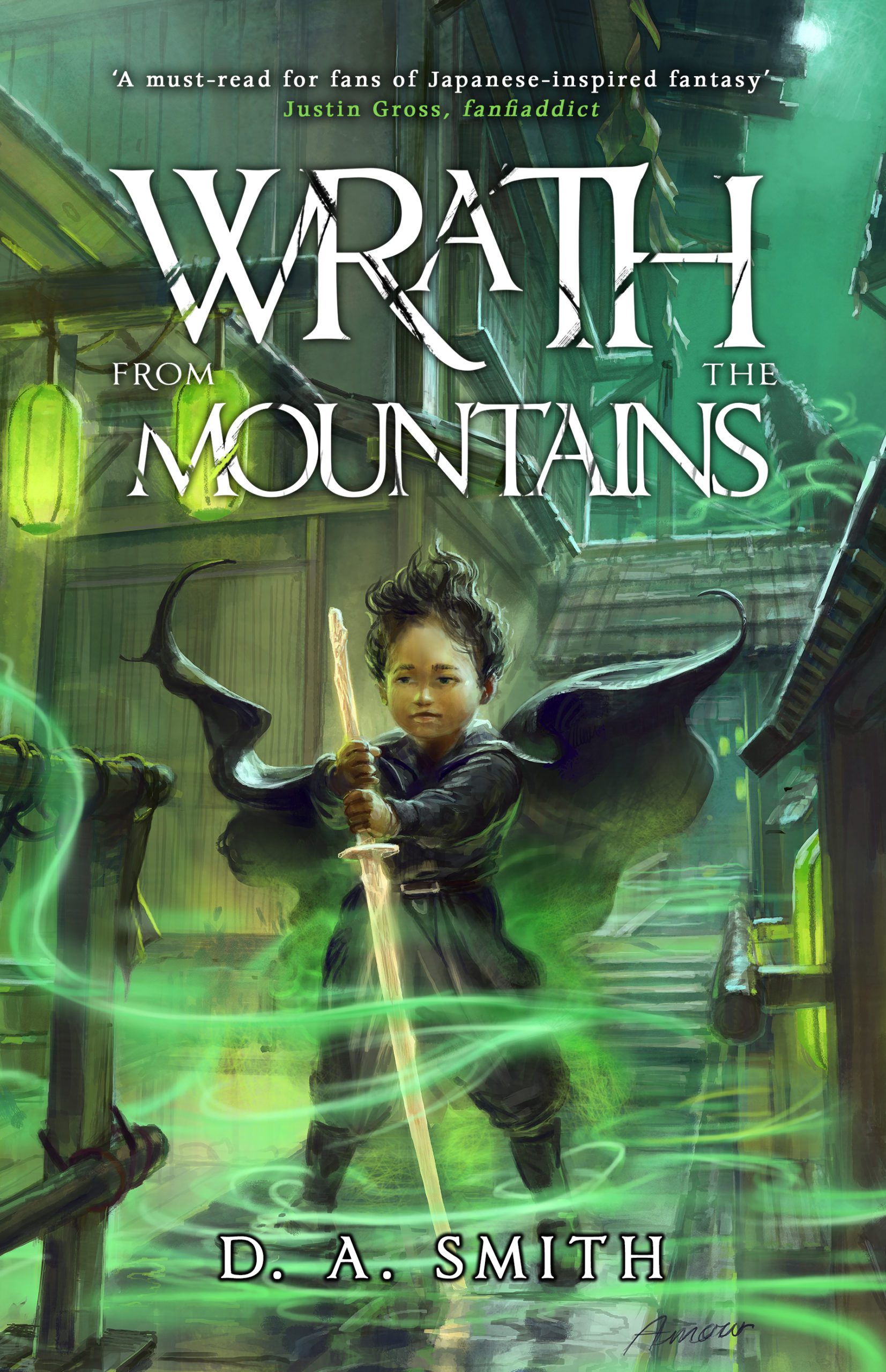 Her anger is burned out. Her quest for vengeance has stalled. Don Yoku, God of Greed, spreads his influence amongst the world of men. The wrath of demons from the mountains spills down over the land and the broken Lord’s Council. And now Masako faces a new foe, the Slow Bear of the Okami, who comes to destroy her.

I’m really happy to be a part of the mini blog tour for WFTM and a member of Dan’s arc team. With all that said, my opinions are objective. I will also be keeping this review spoiler-free so I’m avoiding delving too much into the plot itself.

What a year D.A. Smith is having. Not one, but two books in The Bane Sword Saga and this latest one an absolute monster – nearly 600 more pages of gritty katana on katana duels, vengeance and political manoeuvring. Masako is back!

A lot can happen in a year, and this has certainly been the case for our angry anti-heroine. Whereas the first novel in the saga focused on her resurrection and rage-fuelled vengeance quest, Wrath from the Mountains sees Masako stripped of the power of her cursed blood. Things look really bad and soon get worse for Masako as the story draws on.

It signals a different direction for the plot, and I was all for it. I enjoyed book one, but the sequel takes everything that was good about its predecessor and ramps it up. The katana duels again are unmissable. Combatants dance through sword forms in prose that glides from page to page. And yes, in book one we had the Fox and now we have the Bear, but the real levelling up for me was the stakes elsewhere. This saga is no longer a case of Masako avenging the destruction of her clan but the setting up of a demons vs god war.

Touched upon in book one but now brought to the fore in WFTM are the bane swords. Blades forged at moments of pure anger and suffering, with souls being drawn into a weapon to create an edge sharp enough to cut even a god. It’s a horrifying and captivating concept at the same time.

And while we’re speaking of moments of pure anger and suffering … Let’s just say there are certain events that take place that really dropped the floor out from underneath me. I’m not going to mention any spoilers but if you were a fan of the first book then there will be some familiar faces making an appearance.

On that note, I really enjoyed the Jinto sections of the novel. Jinto was one of my favourite characters from the first book – the greed shaman magic system is a solid and original one. It was a sound stylistic choice from the author to split the narration between him and Masako to build more lore into the world. But it was just good to spend some time with Jinto and get more insight into his character and motivation. Plus, he surrounds himself with greed-bound wolves which is hella cool.

The Bane Sword Saga is picking up momentum and if you haven’t read the first book then it’s well worth picking up before reading this. It may be difficult to follow the characters and plot threads in Wrath from the Mountains otherwise. But then come on, who honestly starts a saga with book two?

Smith’s ronin rampage is a whirlwind of cursing and slicing that’s not slowing down anytime soon. I’ll be keeping an eye on The Broken Binding’s website so that I can pick up the hardback editions of both books because this saga is fast becoming more and more unmissable.