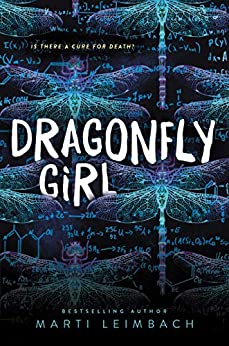 Dragonfly Girl is a really interesting story that combines elements of science with political intrigue along with really good character development.

As I mentioned, there is a lot to like about this book. The science-y elements bring a lot to the story. It is not hard science, but there is enough talk about what is being done in this lab regarding life vs death to make one think about the possibilities. Cell regeneration, gene stimulation, neuron reactivation, nerve revitalization, organ regeneration, etc. With a book like this it would have been unfeasible to go into more detail for something that is not scientifically possible right now, but I enjoyed reading about it to the extent that it could.

The best part of the book for me was the character development. The story is told from Kira’s perspective, and being able to experience the ins and outs of things from her point of view allows the reader to get to know Kira really intimately. That is really important for a book like this because the narrative not only focuses on scientific events surrounding her, but also how she feels about them. For that to work the reader has to care about Kira, and Leimbach does a great job of that. There are not a lot of characters, though, with most of the secondary being people Kira works with in the lab and the scientific community (along with Kira’s mom, who also has a presence). As supporting cast each one of them plays their role well and fill out the character card successfully.

One aspect I want to bring up is that I think the story has a little bit of an identity problem. Is it science-y science fiction or is it a political spy novel? I do like the involvement of the international community in the story because it brings an element of depth (and a bit of realism), but I think this part of the story was taken too far toward the end. It almost felt as if the author was pulled in two different directions and tried to split the baby. I would encourage the author to pick a side on this one.

That being said, Dragonfly Girl is a good read. The science talk and character interactions are what kept my interest and make this book worth a read. I recommend for fans of science fiction written in YA style.