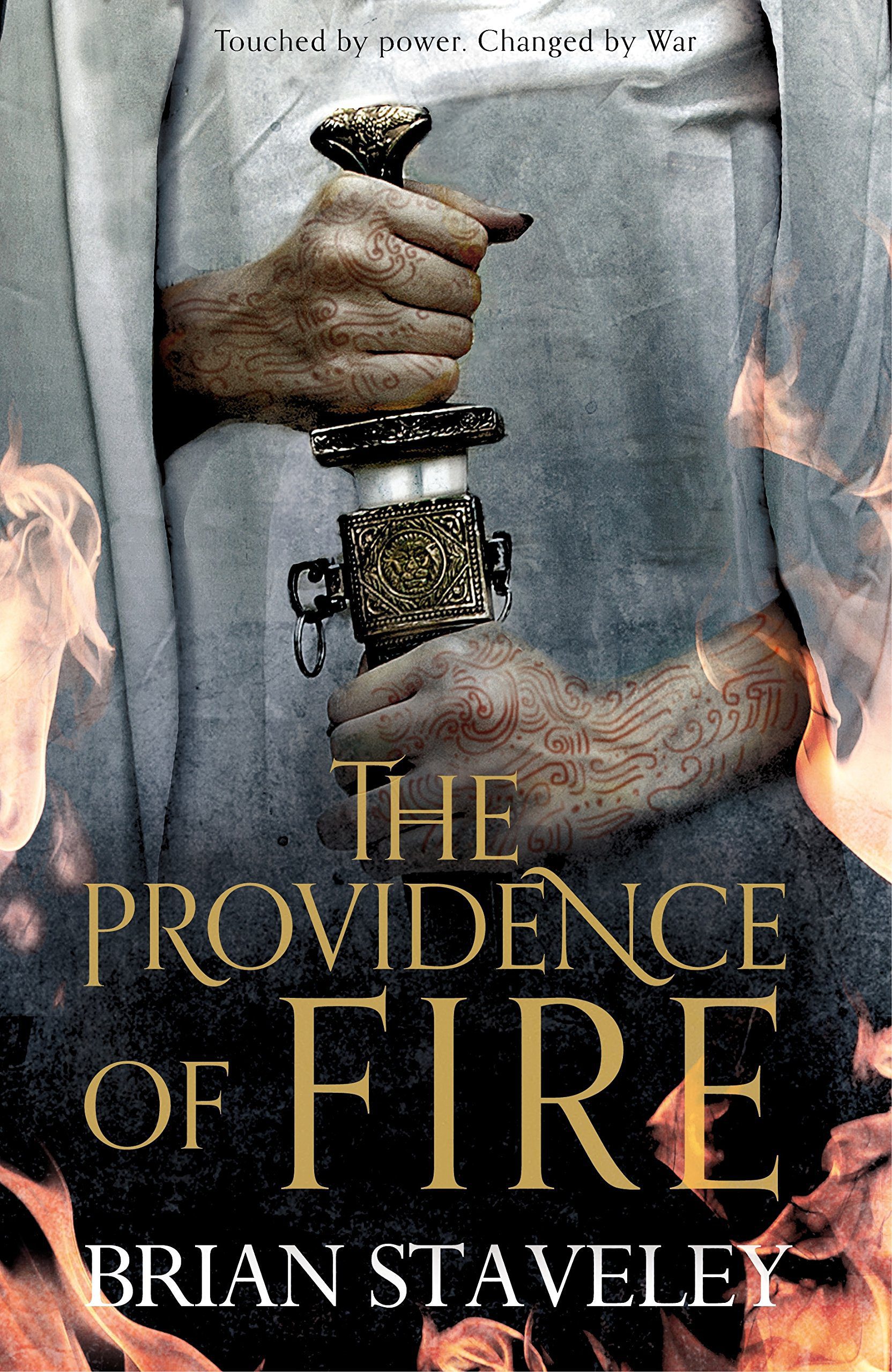 Ever since she found out who murdered her father, Adare – the daughter of the Annurian emperor Sanlitun – has been on the run, the Unhewn Throne having fallen into the hands of her enemies. At the same time, Adare’s brothers, Valyn and Kaden, are pursuing their own plans: Valyn is forming an alliance with the hostile barbarian hordes from the north, and Kaden is walking ancient magical paths to discover the secret that has protected Annur from evil for centuries. A secret on which the fate of all humanity depends…

The first novel in the series already convinced me, and Brian Staveley actually managed to excite and carry me away even more with the second volume. As is often the case, the second volume picks up seamlessly where its predecessor left off, so that you find yourself directly back in the action of the story. While the first volume dealt with the possible conflicts and the various central figures, the second part mainly deals with the fruits of the intrigues that took place in the first volume. However, the author does not yet uncover all the fruits, but introduces absolutely surprising twists, so that I was really shocked in places and simply could not stop reading, because I was dying to know how the situation and the conflict would develop. The ideas that the author gradually embeds in the story are simply absolutely creative and often surprised me positively. The Providence of Fire is much more exciting than the first volume and the plot picks up speed and the 700 pages just flew by. Despite the high number of pages, I couldn’t notice any lengths in the story and the author managed to keep the tension constant until the end. I was never sure who was really the friend and who was the enemy of the siblings and so I simply distrusted all the characters and suspected them of something evil.

“The deader a man gets, the more honest he becomes. Lies are a vice of the living.”

While Valyn and Kaden played a central role in the first volume, Adare now also has more space in the story, so that there is a certain balance between the siblings and you never get the feeling that one sibling is more important than the others. All three pursue the same goal. However, they all have different means and methods, so that the siblings sometimes get in their own way and make life difficult for themselves unintentionally and not consciously. I could absolutely understand the different approaches of the siblings and did not find any of them inappropriate or absurd. Furthermore, the character development convinced me, because the author succeeds in authentically portraying the inner conflicts of the siblings. They want to do justice to the empire, are therefore often faced with an inner conflict, as they have to weigh up their decisions at every step, and even have to make decisions that they actually deeply detest occasionally. All the characters have to overcome their fears, but also their vanity and struggle with themselves. However, the side characters also convinced me, and I was particularly taken with Gwenna. Because she belongs to one of the deadliest elite groups, killing, which she trains for years, is harder for her than she thought when it becomes something real.

“People kill to get power, they kill to keep power, and they kill if they think they might lose it, which is pretty much always. Even if you and I both stay out of it, even if we both die, whoever came after us will keep coming. They’ll find the next threat, the next worrisome voice, the next person with the wrong name or the wrong skin. Maybe they’ll go after the rich for their coin or the peasants for their rice, the Bascans because they’re too dark or the Breatans because they’re too pale—it doesn’t matter.”

But by far the best part for me was the world-building, which is so perfectly built into the plot that every culture, every single people is important to the story of the book. It links lore and myths to the current plot without hindrance. You get a variety of different people here, such as the shamans, the gods, mage-like people and also monks, who all play a big and important role in this story. You just notice how the world is getting bigger and bigger and a real epic is being created. I don’t want to leave this world, because I have become at home here and I want to get to know more of the cultures. The combination of the author’s brilliant writing style and the incredibly good world-building makes this world seem more real than almost any other.

“It’s built into the job. Bakers have flour, fishermen have nets, and leaders have lies.”

The world-building and unravelling of the mystery of the Csestriim and the gods in the books were well-thought-out and compelling, and the book takes you on a rollercoaster of events and a wild mix of emotions. The characters struggle between bravery, loyalty, friendship, leadership, patriotism, revenge, anger, love, brotherhood, curiosity, camaraderie, faith, confidence, trust, hope and fear. Brian Staveley weaves beauty with his words, ensnaring the senses and filling the environment with the world he has created. I admire his skill and look forward to all that is to come in his career. I am particularly looking forward now to the third book in the Chronicles of the Unhewn Throne series.

“I'm losing the game, which means I have three choices: cede, fight back..." ...Kaden smiled, "Or break the board.”