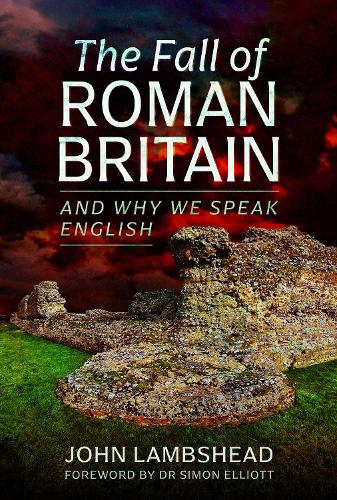 The end of empire in the island of Great Britain was both more abrupt and more complete than in any of the other European Roman provinces. When the fog clears and Britain re-enters the historical record, it is, unlike other former European provinces of the Western Empire, dominated by a new culture that speaks a language that is neither Roman nor indigenous British Brythonic and with a pagan religion that owes nothing to Romanitas or native British practices.

Other ex-Roman provinces of the Western Empire in Europe showed two consistent features conspicuously absent from the lowlands of Britain: the dominant language was derived from the local Vulgar Latin and the dominant religion was a Christianity that looked towards Rome. This leads naturally to the question: ‘what was different about Britannia?’ A further anomaly in our understanding lies in the significant dating mismatch between historical and archaeological data of the Germanic migrations, and the latest genetic evidence. The answer to England’s unique early history may lie in resolving this paradox.

John Lambshead summarizes the latest data gathered by historians, archaeologists, climatologists and biologists and synthesizes it all into a fresh new explanation.

The Fall of Roman Britain is an exciting insight into what happened during the fall of the Roman Empire. I feel that Roman Britain’s history is a conundrum because there is still much to be excavated and learned more about in my opinion. I discovered some new facts that challenged what little I knew of Roman Britain and its collapse: that it took 37 years of subjugation and nine military commanders (I count this as correct but I could be wrong) to completely stabilize Roman rule in Britain. Britain was in the sense, a Wild West Arena for the Empire. This was because Britain didn’t offer much strategically, or economically to the Empire. It was conquered on the basis of short-term glory. There was never a real plan to solidify or consolidate the island into the Empire. And British Elites were often barred from entering positions in Roman society, including the fact that there has been no British Emperors which is also an odd thing.

Roman Britain was never a stable province because the instability of Roman leadership from the very beginning proved that when the crisis occurred during the civil wars of Rome, payments and food imports/exports being supplied back and forth between Gaul and Britannia often ceased. The Romans even during the time of the Late Empire had to deal with marauding Irish warbands, Welsh and Pictish tribes. But these revolts came in a bit too late, as the real crisis was the fact that the Roman Army in Britain mutined often, and that they would become bandits when taxation and supplies from Rome would break down. Of course, what caused the actual downfall? When the Romans under Stilicho were dealing with the Frankish warlords, the last Britannic Army that set off from Britain was conquered and defeated. At that point, the army which had often been the sort of ‘civilian’ administration ceased to exist. People who knew pottery, and skilled craftsmen abandoned their posts since there was no main power or authority left. Cities began to become abandoned. And then came in the Anglo-Saxons. Another fascinating fact I learned is this: Augustus was a political genius who pretended to be the First Among Equals but made himself Emperor. He had never devised a political system that could ensure a safe succession for future Emperors, and for Rome’s early history, it was profitable to sack and loot other nations with a military that demanded it. But keeping the military as a peacetime force, was more expensive for the Empire and thus, was the main factor in my opinion as to why the Empire fell.

That being said, this book does go into a good insight into exploring how climate change was also responsible for various Germanic tribes to begin migrating into the Empire’s borders. There was a good study and insight into the DNA and a discussion of the statistics regarding identity, nationality, and ethnicity. But it did not dwell deep enough for the subject of English itself in my opinion, and it needed to focus on the religious aspects as well as the history. That being said, I am no historian. John Lambshead has done a brilliant job researching this book, and I would not be able to match his credentials. Still, I’ve learned so many new and fascinating aspects of Roman history, I feel there’s more we need to learn really. It’s a great book, highly recommended and a 9/10 from me!