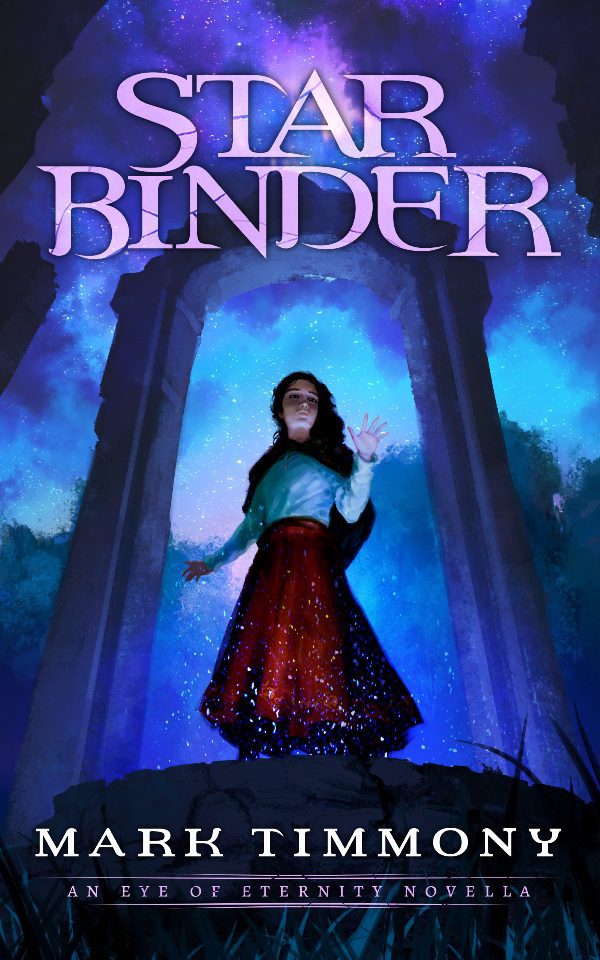 Starbinder is the magical, deftly written introduction to Timmony’s An Eye of Eternity series, in novella form; it’s an action-packed morsel of expert world-building that will surely have you coming back to read book one: The Blood of the Spear.

In this short but magnificent piece of writing, we meet Reiana, a girl ordinary who travels with her grandmother among others, who is from the fallen Nemisdrillion, and who is setting about enacting prophecy, and forcing Reiana into the woman the world needs her to be. Now, I don’t want to go too much into the plot or what makes this work such a page-turner, despite its size, but I’ll try to summarise what makes it so cool:

‘His armour was made of Kharidium, the lightest and strongest metal in the known world. Bandits couldn’t afford Xious’bisan forged steel.’

That sentence is an epic-fantasy fans dream (or mine), you’ve got rare, strange armour worn in a place it should not, by a mysterious figure our characters should not have met; at the same time, the sentence speaks to mysteries within the character and the very world itself. This is just one aspect of the novella and Timmony’s writing skill that made me immediately hungry for more and made this a one-sitting kind of book.

Along with the above, you have a prologue that speaks of a daemon trapped in the Face, The Elder Gods, Starbinders; an event called The Sundering, that stretches into the history still beyond this novella, the Void and many more intriguing terms you really just want to know more about. And what Timmony does here is he throws out all the epicness, but only answers a few of the questions. The rest of which I’m sure will be answered in the first book … so I’m just going to have to read that.

In summary, Timmony is a true talent, the way in which he’s woven this particular set of words together speaks to the long-time epic-fantasy fan, evokes nostalgia of the great epic fantasy series’ of old and paints those tropes into an entirely new epic picture of their own. And all this in a novella? I’m going to go ahead and tell you to read this and then read the next book … I’m about to start it very soon and I am happy to recommend it even just having read this book.