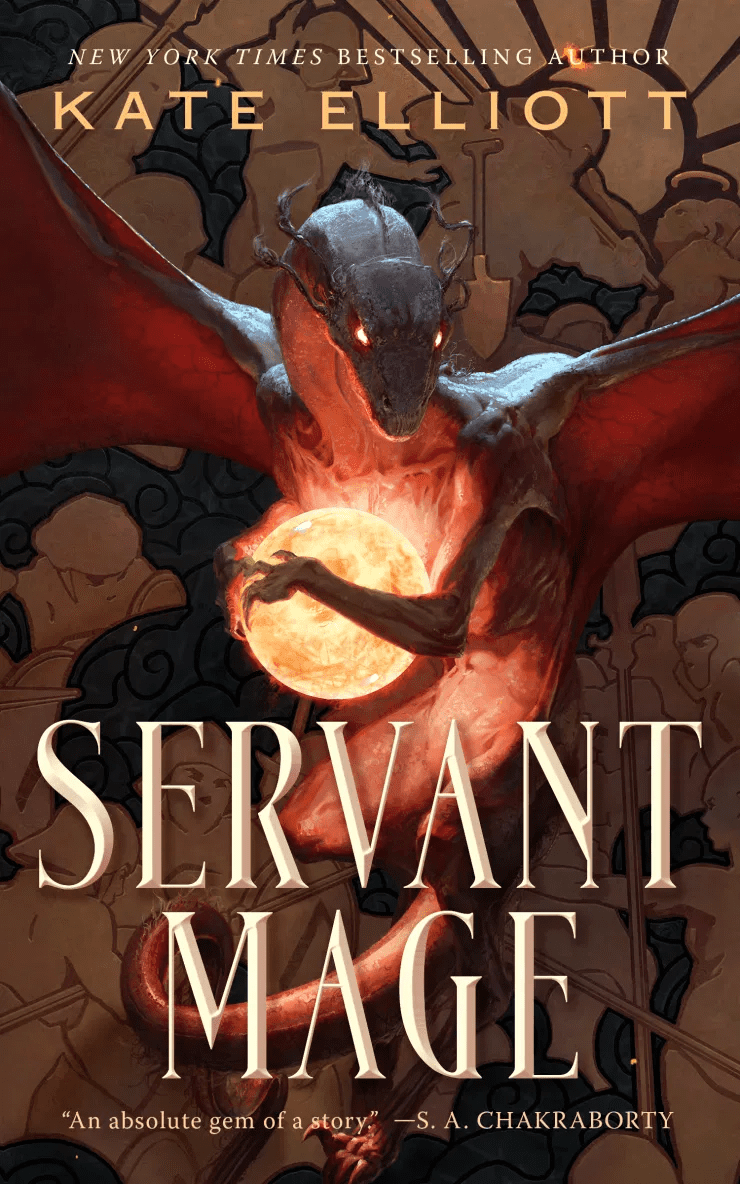 Fellian is a Lamplighter, able to provide illumination through magic. A group of rebel Monarchists free her from indentured servitude and take her on a journey to rescue trapped compatriots from an underground complex of mines.

Along the way they get caught up in a conspiracy to kill the latest royal child and wipe out the Monarchist movement for good.

In Kate Elliott’s Servant Mage, a lowly fire mage finds herself entangled in an empire-spanning conspiracy on her way to discovering her true power.

Servant Mage is a look into the idea that maybe sometimes serving one side of the cause, and the other only proves one thing: That sometimes fighting for a cause is merely serving the cause of others. And those higher-ups that control and manipulate the force in power vs the force in opposition are merely playing both sides. Controlling, manipulating, and outsourcing information that the people, i.e the peasants, the public whatever name you can call them will never know. I like this smart commentary that this book takes. It’s a very apt understanding. This is because Fellian comes to recognise that the entire fight between the Monarchists and the Liberationists lead to no good outcome.

Like there is a balance between Good and Evil, each side is convinced that their cause is righteous. It is in these moments when you take a step away from the conflict to examine both viewpoints that you realise this is a morally grey situation. One side does evil at the expense of claiming to be good. The other does well at the expense of claiming to be evil (it could happen) This has many historical comparisons. I love that this book is a philosophical debate in my opinion. I really enjoyed the book, the way it was written and the way it was paced. It does keep you engaged. That being said, I think some simpler definitions of the afterlife and a little less on the concepts would have made the story even better.

Fellian interacts with a lot of well-rounded characters that do enhance her personality. But I often feel they come up as more to counter her personality alone, rather than compliment it. In book 2, I would prefer that the characters have more of their own goals rather than trying to guide her too much. Because while we get a sense of her personality emerging, it’s not rounded enough. But this is something that happens in fantasy books in a trilogy, in the first book, your character isn’t going to be superb at everything. It’s okay to take a step back. Fellian is, however, smart enough to realise how the situation plays around her and uses it to her advantage. But I want more of her personality is what I’m saying at the end.

This was a very well written novel, and I thoroughly enjoyed it. Thank you to Tor/Macmillian Forge for allowing me to review this. All thoughts are my opinion only