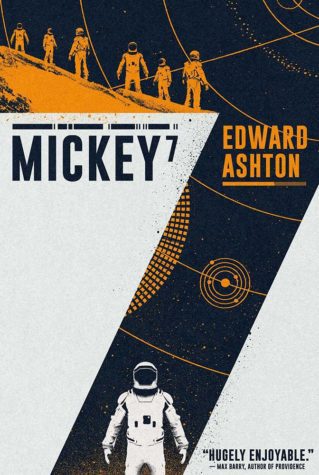 Mickey7, an “expendable,” refuses to let his replacement clone Mickey8 take his place.

Dying isn’t any fun…but at least it’s a living.

Mickey7 is an Expendable: a disposable employee on a human expedition sent to colonize the ice world Niflheim. Whenever there’s a mission that’s too dangerous—even suicidal—the crew turns to Mickey. After one iteration dies, a new body is regenerated with most of his memories intact. After six deaths, Mickey7 understands the terms of his deal…and why it was the only colonial position unfilled when he took it.

On a fairly routine scouting mission, Mickey7 goes missing and is presumed dead. By the time he returns to the colony base, surprisingly helped back by native life, Mickey7’s fate has been sealed. There’s a new clone, Mickey8, reporting for Expendable duties. The idea of duplicate Expendables is universally loathed, and if caught, they will likely be thrown into the recycler for protein.

Mickey7 must keep his double a secret from the rest of the colony. Meanwhile, life on Niflheim is getting worse. The atmosphere is unsuitable for humans, food is in short supply, and terraforming is going poorly. The native species are growing curious about their new neighbors, and that curiosity has Commander Marshall very afraid. Ultimately, the survival of both lifeforms will come down to Mickey7.

That is, if he can just keep from dying for good.

Oh my god. I read this in less than 24 hours and I was entirely hooked the whole time.

Mickey7 is the type of Sci-Fi that drags you in immediately and is so compulsively readable that you can’t do anything except read it until you are done. Edward Ashton’s writing is wonderfully accessible and while it may deal with a subject that is morally grey he absolutely embraces that and runs with the idea. Mickey7 is expendable and he knows it, he knows that if he dies another clone of him will just be created the next day, and with his mind backed-up it’s almost like nothing happened. Except the new body, and the memory gap between uploading and dying. Ashton takes this concept and turns it into a thrilling ride where you’re rooting for Mickey the whole time.

I loved that as part of the main story we get to glimpse into the missions that came before Mickey’s one. The ones that failed and the ones that (kinda) thrived. I love sci-fi that centres around humans having to find new worlds to live on and the problems this presents. Getting to hear about the other attempts at colonisation really built up the universe that Ashton has created.

Honestly I had a lot of fun with this book as it is written in such a gripping way. I loved getting to know Mickey7 and his friends/comrades in the colony. Highly recommended to anyone who wants to read some fast-paced sci-fi!