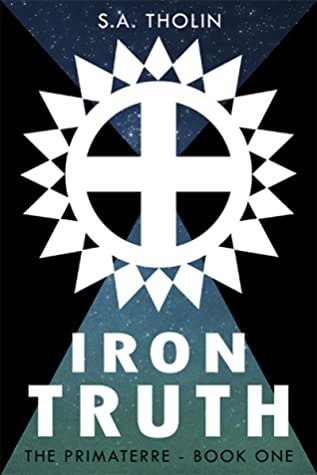 When miners on a remote colony dig too deep, the golden age of space exploration comes to a bloody end. A corruption springs from Xanthe’s alien soil, possessing every mind it touches.

Embroiled in civil war, the galactic community spirals into panic, and the Primaterre Protectorate seizes control. In order to preserve Earth, its surface is quarantined, and all further deep space colonisation is outlawed.

Aboard one of the last colony ships, junior botanist Joy Somerset slumbers in cryostasis, unaware of war and corruption. Expecting the clear skies of a garden colony, she instead wakes stranded on Cato – a planet whose menacing sands seem to share a hunger with the crazed locals – and Joy faces mortal peril at every turn.

Commander Cassimer, troubled by a past of epic proportions, is a Primaterre veteran dedicated to fighting the corruption. Now he leads Scathach Banneret Company’s elite strike team on a mission to recover a clandestine starship lost on Cato. On this storm-lashed world, surrounded by shadow and ruin, Cassimer faces not only failure, but the loss of what little sanity he has.

Joy and Cassimer must trust each other long enough to uncover Cato’s dark secret and work together to survive deranged cultists, terrorist rebels, and the IRON TRUTH.

Iron Truth is in the finals of the first ever SPSFC. I read it as part of the judging process.

Wow, just… wow. I knew Iron Truth was a chonker going in but I didn’t expect to get such an incredible, epic story. Where Iron Truth starts and where it ends are two very different places plot-wise. This isn’t a slow paced book, instead you get through into a story of epic hollywood cinema proportions that will hurtle you along. Not only that but the story itself is addictive and unputdownable so you won’t mind in the slightest.

S.A. Tholin isn’t someone to drag out a book unnecessarily. There is a gigantic amount of plot in Iron Truth and a huge amount of character development. You could argue that you could split it into two books and be more than content, and I wouldn’t overly disagree, but I also think part of the appeal here is that every chapter is necessary and Tholin doesn’t drag things out for the sake of it.

Iron Truth has romance, and good romance at that. I won’t spoil who it’s between or any details but honestly it was one of my favourite things about the book. I rooted for the couple the whole time and I have high hopes for them in future books (please don’t break my heart Tholin). She’s capable and he’ll protect her from anything and everything. Yes, please.

It’s hard to explain the plot of Iron Truth but take Space Marines, a covert mission, ancient evil and cryo-ships and you’ve got the beginnings of one of the most epic sci-fi books I think I’ve ever read.