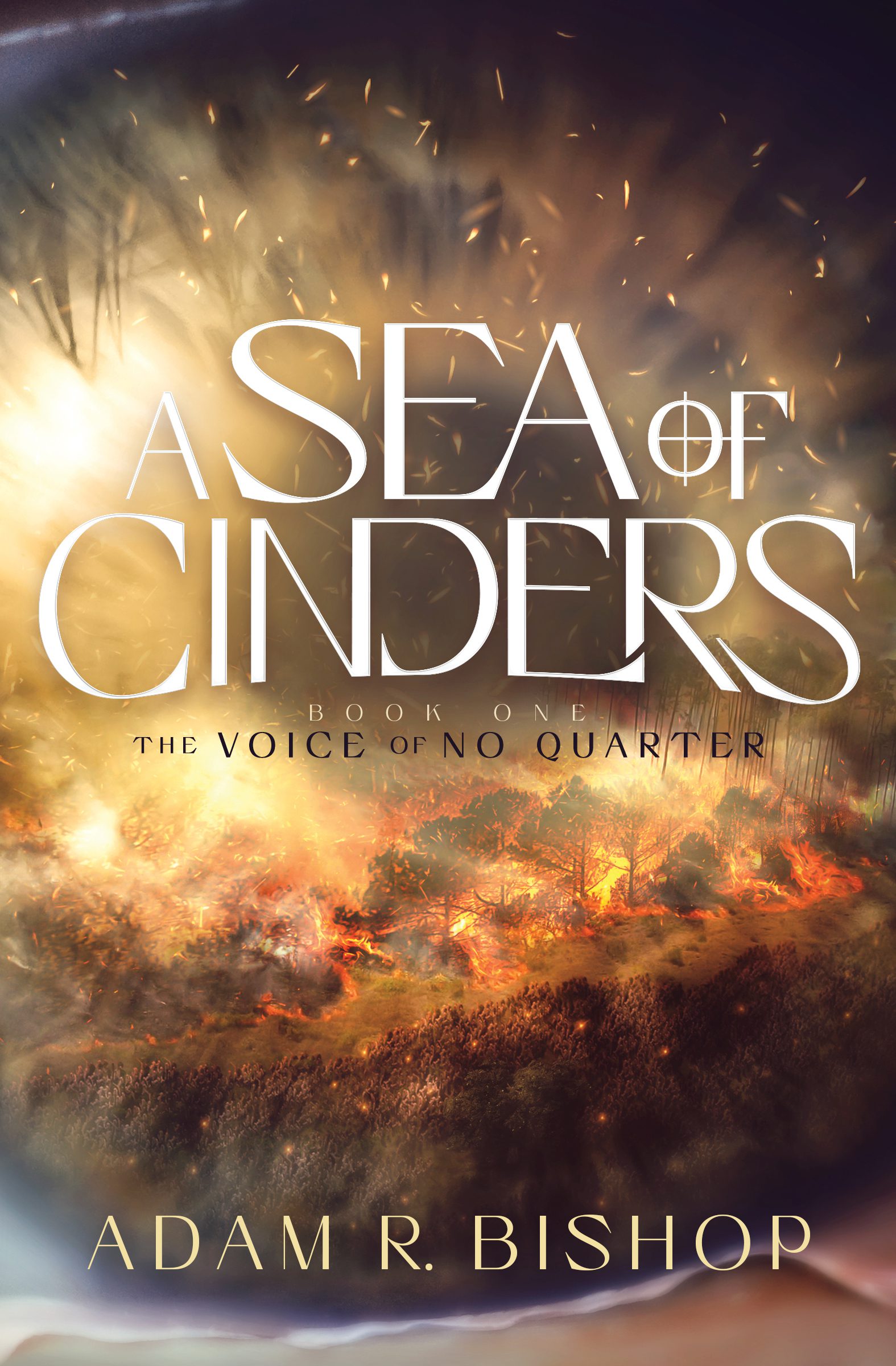 In Cellagor—a land segregated between humans and Elves—fear, manipulation and war are inevitable. Nearly one hundred years have passed since the War of the Fallen, a cataclysmic battle between human and Elf which left both races teetering on the brink of extinction. Now, the Age of Tranquility is finally nearing its end, and the northern King of Havelmir is hungry for power and revenge.

The Elven peace of mind remains unchanged—that is, until the Kingdom of Rhan is threatened by unknown forces. Soon it becomes clear that the tranquil Elven existence is once again at risk of crumbling. However, even with the element of surprise, the road to victory is not as smooth as it may seem. Ulterior motives are afoot, ancient magic is resurfacing, and an unlikely friendship between two young men may just pose the biggest threat of them all.

A Sea of Cinders, the first book in The Voice of No Quarter, begins an epic fantasy tale that itches with nostalgia and sheer epicness.

Early on it’s quite clear that A Sea of Cinders is influenced by a number of well known fantasy, namely The Lord of the Rings, which while on the nose at times was very well done and did give it a classical fantasy atmosphere. Instead Adam Bishop has re-imagined a fantasy world (Cellagor) in his image and done it extremely well. This book is basically a version of what might have happened if the elves and humans did not get along, leading towards a rather brutal set of events that see humanity, or namely the power hungry and advanced kingdom of the Braxi attempting to rid the world of the elves, despite the many years of relative peace.

The book opens up with the main character William, captured and sent onto the front lines to the dirty work for the violent kingdom of Braxi. Unfortunately for William, betrayal is around every corner and he finds himself alone until by chance he meets a boisterous fellow by the name of Baldric, who has decoded the true plan of the Braxi. The two make it a mission to warn the elves of the Braxi’s plans before the humans deal anymore damage and get their hands on a particularly powerful artefact that could turn the tide of war against the elves. During that time, the more peaceful kingdom of Talfryn also finds itself on the wrong side of the Braxi, making things seem hopeless at best. Things continue to spiral quickly out of control, producing some fantastic and quite visceral action scenes.

Character wise I didn’t manage to get overly attached to any characters, despite them being very likeable. I think I’m more prone to a multifaceted anti hero type character rather than a typical good hero, which there was an abundance of in the book. I do think this is something that could be around the corner, especially in regards to Baldric, who seems to be quite a mysterious character. The ending of the book also presented a quite interesting turn of events with another character – which I won’t spoil the surprise for! I will say despite this, that the banter and friendship between the two main characters, while cheesy at times was very funny. I am hoping to see some of the side characters make even more of an appearance in the sequel.

I enjoyed the writing as it gave the story a nice pace and made the book feel like a high action-one-sitting type read. It’s also the type of writing that can pull anyone in very quickly and get them lost within this world.

If you’re looking for a short, well-paced fantasy read in the same shade as LOTR, with a more violent edge by a newly emerging indie author, then I highly recommend picking up A Sea of Cinders.