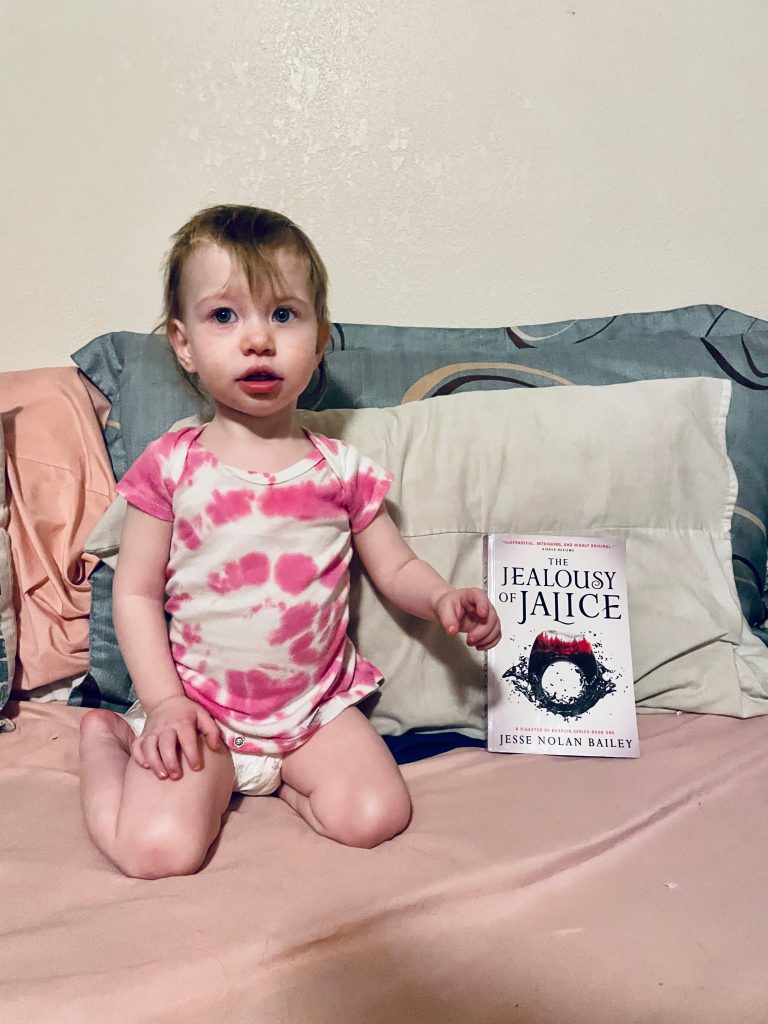 A special thank you to Jesse Nolan Bailey for sending me a complimentary paperback and Escapist Book Tours for putting this whole thing together.

The Jealousy of Jalice is horror-fantasy at it’s absolute best. I was a horror fan before I was a fantasy reader and this was the best marriage I’ve read outside Stephen King.

TJoJ is horror first, fantasy second. It’s setting is a secondary world, but the lens of the story is very tightly focused. The conflicts are internal, and terrifying. Reading TJoJ felt like finding an amazing indie horror flick, maybe something from A24 or RLJE.

What makes the story work so well and the horror so palpable is that Jesse Nolan Bailey understands that true horror comes from within ourselves. Every character is plagued by demons, both literal and emotional.

The pacing and building of the story was perfect. We start off in the thick of things, mid-kidnapping to be exact. What unfolds is a series of reveals the explores the past of our three protagonists as well as a few antagonists. The more we learn, the blurrier the lines become, as jealousy, love and hate bring out the worst in everyone.

Not for the faint of heart, TJoJ will chill you to the bone and keep you turning the pages. Fast-paced, brutal and emotional Jesse Nolan Bailey has sky-rocketed onto my “authors to watch” list. If you like your fantasy laced with a healthy dose of horror, read this book ASAP.