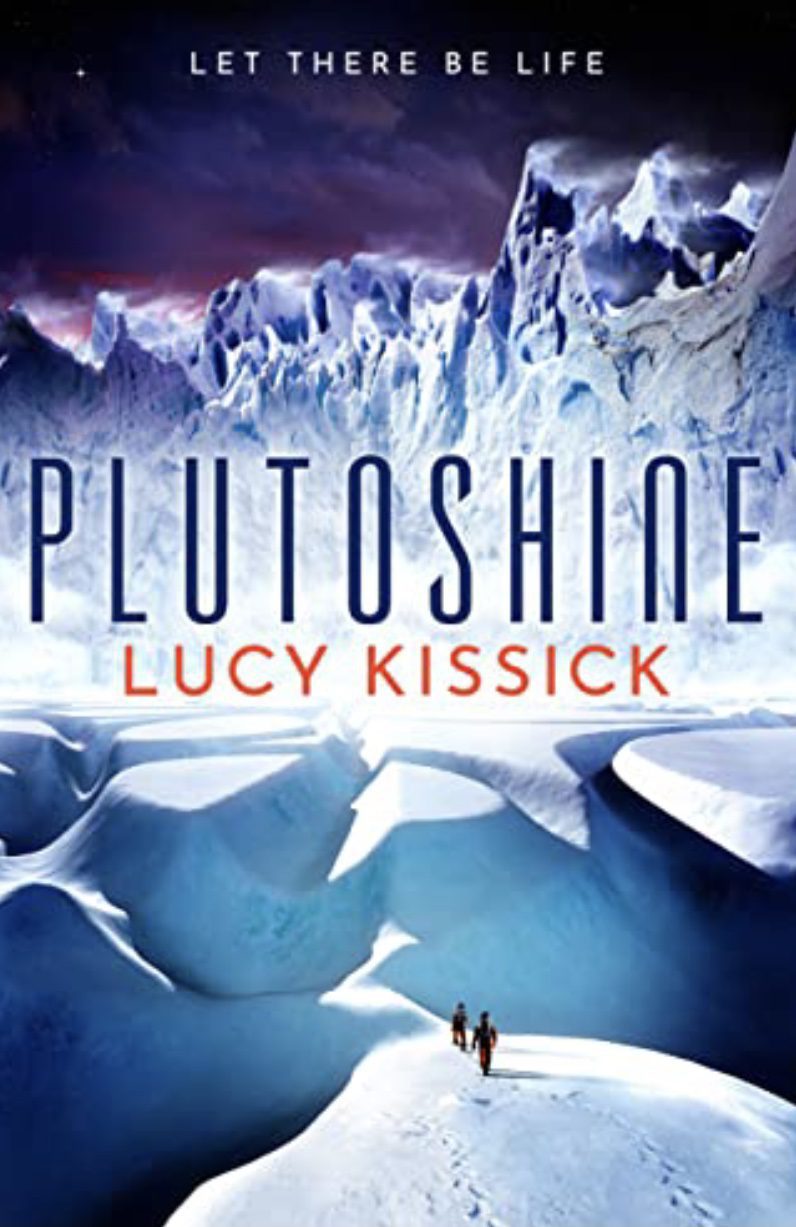 Terraforming — the mega-scale engineering of a planet’s surface to one more Earth-like — is now commonplace across the Solar System, and Pluto is set to be the most ambitious transformation yet. Four billion miles from the Sun and two hundred degrees below zero, what this worldlet needs is light and heat. Through captured asteroids and solar mirrors, humanity’s finest scientists and engineers are set to deliver them.

What nobody factored in was a saboteur — but who, and why?

From the start, terraformer Lucian is intrigued by nine-year-old Nou, traumatised to muteness after a horrifying incident that shook the base and upended her family into chaos. If he could reach her, perhaps he could understand what happened that day — and what she knows about the secrets of Pluto.

For Nou possesses unspoken knowledge — something that could put a stop to the terraforming. But crippled by her fears, and unable to trust her family, there is no one she can talk to. Only through Lucian’s gentle friendship will she start to rediscover her voice — and what she has to say could transform our understanding of the Universe.

Plutoshine is science fiction in its purest form. It’s an accomplished debut, complex and challenging in all the best ways, and a fantastic blend of invention, real-world science, and beautiful prose.

It all starts on Pluto. A terraformer called Lucian arrives with plans to build a sun in orbit of the planet by creating a giant space mirror. He befriends a mute girl called Nou, who’s hiding a secret that could change everything — not just about the project, but life itself. And if that wasn’t enough, there’s also the prospect of a saboteur to contend with.

Two mysteries run through the book. The first is what happened to Nou to make her incapable of speaking for a whole year. The second is who could be trying to sabotage the project. Both of these mysteries are compelling, but the real heart of this story lies in the relationship between Lucian and Nou.

Lucian is the epitome of likeable — intelligent and caring, with a wicked sense of humour. Nou is wide-eyed and honest, but broken and in need of care. The friendship the two of them forge is the key to what makes Plutoshine work so well. It’s easy to invest in them, and as the strength of their friendship grows, so too does the strength of the book.

The story is ingeniously structured, delivered in a series of five phases to mirror the process of terraforming. In each phase, there are standout moments of action and introspection, and the pacing is flawless. Phase four, in particular, is a non-stop, nail-biting, perfectly choreographed sequence which I couldn’t take my eyes away from.

But Plutoshine is much more than just an interesting mystery set in space. The themes it explores are deeply personal and tender, stretching into what it means to be a parent, what even constitutes life, and how that life should be treated. Refreshingly, the stakes seem very human, and there’s much to ponder on a personal level, as well as just the mind-boggling implications of other life in the universe. It’s a hefty, heady cocktail of subtle and substantial probings that spark all sorts of revelations, shedding light on the issues it raises. Lucian spends his time literally building a sun to shine on a world that has none, and I can’t think of a more perfect allegory for what the story manages to accomplish than that.

In terms of style and tone, there’s a poetic and lyrical quality to the writing. It’s packed with technical flourishes, the kind of details that could only come from the mind of a scientist, but the chapters have also got a real literary quality about them, and the descriptions of Pluto are just as breathtaking to read as they are to imagine.

Like all good mysteries, the book is packed with red-herrings and unexpected turns, and it kept me guessing until the end. The conclusion tied everything up nicely, leaving me satisfied.

Terraforming is the act of refashioning something, repurposing it, and rejuvenating it. In a way, this book does exactly that. It takes all the familiar and traditional aspects of a hard sci-fi space story, and remoulds it into something fresh. Something new. It’s illuminating, mixing bold ideas with warmth, humanity, and above all, heart.