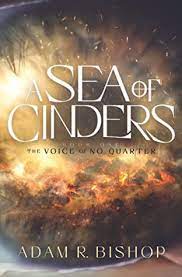 In Cellagor—a land segregated between humans and Elves—fear, manipulation and war are inevitable. Nearly one hundred years have passed since the War of the Fallen, a cataclysmic battle between human and Elf which left both races teetering on the brink of extinction. Now, the Age of Tranquility is finally nearing its end, and the northern King of Havelmir is hungry for power and revenge.

The Elven peace of mind remains unchanged—that is, until the Kingdom of Rhan is threatened by unknown forces. Soon it becomes clear that the tranquil Elven existence is once again at risk of crumbling. However, even with the element of surprise, the road to victory is not as smooth as it may seem. Ulterior motives are afoot, ancient magic is resurfacing, and an unlikely friendship between two young men may just pose the biggest threat of them all.

This book is a debut novel in a brand new indie fantasy series. It is set in the world of Cellagor, where the Elves and the Humans have a troubled history together. We follow the story of William; a prisoner who is given a chance for release and freedom if he will help the powers that be in their brewing war against the Elves. Things quickly get more complicated and the story grows into a more epic, sprawling tale.

I really enjoyed so many things about this story. It has a real classic fantasy vibe to it that I just really love. The world has been really well fleshed out with the character backstories, landscapes, histories and lore all adding to the world in such great detail. I particularly liked the way the Elves were written. The author’s love for LOTR can be seen in many areas and every nod or callback made me smile.

The pacing was done well, and I felt there was a great balance between action and slower scenes that help build character relationships. There is a lot going on in this fairly short book, with political scheming, quests, magic and a looming war between multiple kingdoms. All of these elements are balanced and I was surprised at how well everything comes together as the story went on.

We are dropped into the action fairly quickly and get to know our main characters really well throughout the book. We switch between multiple POV’s throughout the book. William and Baldric were a delight to follow and their camaraderie gave the story a real charm. They have an instant friendship which I found really refreshing, as the rest of the story is full of plenty of angst. The side characters were easy to get invested in too, especially the Elves and King Richard and his daughter Krea. I found myself really invested in the outcome of all the characters as the story went on.

At the beginning of the book it did take a little while for me to get into the swing of the story and writing. But as things went along I could really see the author settling into the writing more and more.

Overall, this series is definitely one I feel invested in and excited to continue. This story has heaps of potential to keep getting better. I am also looking forward to seeing Adam Bishop grow and develop as a writer.